Robert Lazaro and David Speck have joined the Metropolitan Washington Airports Authority board of directors. Lazaro and Speck are appointees of the Governor of Virginia.

Lazaro serves as acting executive director and director of regional energy and sustainability policy for the Northern Virginia Regional Commission (NVRC), a council of 14 governments in the suburbs of Washington, D.C., whose members promote regional coordination to address the interests of local governments.

Lazaro has a long history of public service, serving as mayor of the Town of Purcellville, Va., for eight years and as a councilman for two years. During Lazaro’s tenure, Purcellville was recognized for its strong financial stewardship, environmental protection and sustainability efforts. Under his leadership, Purcellville became the smallest town in the Commonwealth of Virginia to achieve a AAA bond rating, earning the Governor’s Gold Medal for Environmental Excellence in 2010, the 2011 and 2012 Historic District Design Excellence Award and the prestigious Siemens’ Corporation National Sustainable Communities Award in 2012. Lazaro also served in statewide and regional leadership roles, including vice chairman of the Virginia Land Conservation Foundation, former chairman and vice chairman of the NVRC.

He earned a degree in Public Administration from St. John’s University in New York. Lazaro and his wife, Carolyn, have been married for more than 30 years.

Speck recently retired as managing director of investments with the Speck-Caudron Investment Group of Wells Fargo Advisors, where he was nationally recognized for his work in investment strategy and planning for more than 35 years. Speck was named one of 10 outstanding advisors in the United States by Registered Representative Magazine, a top 1,000 financial advisor by Barron’s Magazine, one of Virginia Business Magazine’s top five advisers, and Financial Times recognized him as one of its top 400 financial advisers. The Washingtonian and the Washington Business Journal also named Speck and his team as a top wealth advisory practice in the D.C. region. Speck has authored “College Savings Rx: Investment Prescriptions for a Healthy College Fund.” He is a member of the Economic Club of Washington and serves as director of the Alexandria Economic Development Partnership, ACT for Alexandria, and the Northern Virginia Health Foundation. He served as regional chairman of the Sorensen Institute for Political Leadership at the University of Virginia, member of the Alexandria City Council and the Virginia House of Delegates. Speck previously served on the MWAA board of directors from 2003 to 2010.

He earned his bachelor’s, master’s and doctoral degrees from The George Washington University in Washington, D.C., serving as a member of its administration and faculty for 11 years. Speck is a graduate of the Securities Industry Institute of The Wharton School at the University of Pennsylvania where he was a faculty member for 13 years. He and his wife, Marcia, live in Alexandria, Va. 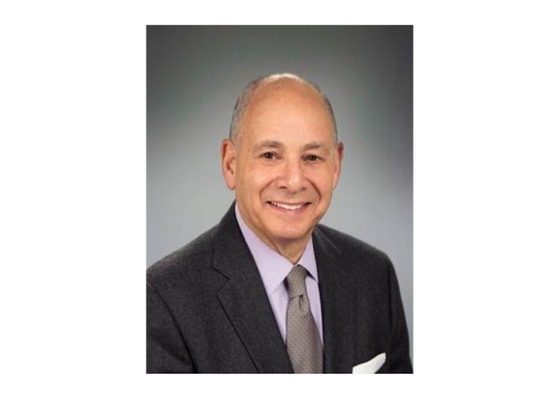