Alexis von Hoensbroech has spent a lot of time looking up at the sky, but initially this was part of his PhD in astrophysics, rather than an obsession with aircraft.

Today, however, aeroplanes do take up a bit more of his attention, having taken on the role of Lufthansa Cargo board member for product and sales.

Von Hoensbroech’s current position is not his first foray into the airline industry; before joining Lufthansa Cargo he spent nine years with Lufthansa’s passenger division, first working on the strategy and integration side of the business and then running the commercial operation of its Frankfurt hub.

He joined Lufthansa in 2005 after working six years for the Boston Consulting Group and three years at a research institute.

Since joining the cargo side of the aviation business in late 2014, von Hoensbroech has been calling for a push on innovation, in particular further digitisation to help create efficiencies in the transport chain.

“This industry still has a long way to go with regards to digitisation and innovation,” he says.

“The basic parameters of this industry have not changed over the last four decades − 40 years ago it took six days to send a shipment from anywhere to anywhere and today it still takes six days, while the shipment sits on the ground for most of the time waiting for some paper processing or something else,” von Hoensbroech says.

He adds that more than 10% of shipments are not being delivered as promised, according to Cargo iQ stats, and that there is still an enormous amount of costly manual processes taking place.

He says: “This industry has not been able to improve in these areas because many processes are so manual and there are so many players involved in the transportation chain.

“Each of these players has their own needs and their own IT systems and the interfaces between them are just badly managed.

“I think digitisation is the only way out. We are probably at an edge of a time when our industry is going to digitise and also improve its performance, which it desperately needs to do, in terms of speed, quality and efficiency.”

He adds that airlines and forwarders have individually been looking into how to improve their level of digitisation – Lufthansa is working on automating its own processes, where it has made significant progress – but when it comes to automating processes between the various players in the industry there is more work to be done.

He points out that electronic air waybill penetration still remains below 50% across the industry and that while e-booking ratios are improving, a lot of the background work that goes into the online bookings still involves paperwork.

So how will the industry manage to improve its level of digitisation in the future?

Von Hoensbroech reckons it could take an outside threat to push the industry forward, and he says there are a growing number of companies out there looking to find a way into the air cargo sector.

“The pressure will come from many areas,” he explains. “We have traditional pressure from integrators and seafreight and from the other modes of transportation.

“Seafreight through a lower price and integrators through a superior service in terms of quality and speed, but of course they are more expensive.

“Then we have new big players entering into our industry – most prominently Amazon – and we still do not know what role they will eventually take.

“The third group is the digital players, digital booking platforms and digital forwarders, that are currently trying to find their way into our industry.

“There is obviously quite some investor money being pumped into this sector as the logistics industry is probably one of the few industries left that is still fairly undigitised and therefore attractive for start-ups.”

Lufthansa itself is developing an online booking system, which will be able to integrate with freight forwarders’ systems and provide pricing. A first version of the system is planned for later this year, while the release with full functionality is likely in 2018.

It has also created its td.Basic product, which is priced attractively as it is only available online and therefore can be offered at a lower cost.

Looking at the passenger side of the aviation industry, travel agents suffered the most as a result of the wave of digital booking services, rather than the asset owners themselves.

However, von Hoensbroech says that while the new digital platforms bring change and are a threat to traditional freight forwarders, he does not feel that the latter will suffer in the same way as travel agents have.

He points out that forwarders add much more value to the transportation chain than travel agents to the passenger industry, through offerings like cargo consolidation and customs services.

He adds that digital platforms are more an evolution of freight forwarders than a way to bypass them.

“It’s not really bypass, [the digital platforms] are new players that are entering the scene with a similar business model to existing forwarders, but superior technology,” says von Hoensbroech.

“I think that many forwarders, innovative forwarders, have a clear opportunity to use that for their advantage.

“However, those who don’t move and stick to the traditional business model, I think they might have some trouble.

“Shippers will change their buying behaviour when they see the convenience, efficiency and data integration that new digital forwarders will offer them.

“Big [freight forwarders] have an opportunity because they can combine [digital portals] with their consolidation skills. But I think this is also where new digital forwarders have a possibility because they have no legacy.”

As well as digitisation, the continued emergence of product specialisation is another area of development in the air cargo industry.

However, one area where companies have yet to develop specialist products is for the fast-growing e-commerce sector.

Von Hoensbroech says that Lufthansa Cargo is looking into whether it needs to develop a specialist e-commerce product, not only to deliver an improved service but also because the air cargo industry is in direct competition with the integrators for this business.

He says that in order to attract e-commerce traffic a specialist service would need to be fast and also have a reasonably low price.

But how do you go about speeding up the air cargo process? The answer to this question leads us back to digitisation.

He explains that at the moment shipment information is included with the air waybill, which is transported along with the cargo, making it difficult for pre-planning to be carried out. This is true for both paper and electronic airway bills.

Von Hoensbroech would like to see a more proactive approach.

“One of the reasons airfreight is so slow is because not much pre-processing is being done.

“This also is one of the reasons that quality levels are low – the data carousel creates inconsistencies and quality problems.

“The industry should ultimately move to having a data cloud or central data storage where data is not being transmitted step by step but is created once at the very beginning and then just being updated.

“This has two advantages; first you have consistent data across the whole chain and second you can pre-process every single step.

“The moment you set up a shipment, the recipient or customs can start processing. This would clearly speed up the transportation chain.”

Von Hoensbroech says this setup is “visionary” given the number of players that would be involved in such a system, each with their own IT capabilities.

But he adds that IATA and a number of software providers are pushing these types of concepts.

Looking at other sectors, von Hoensbroech says that air cargo has already developed a strong product offering for the pharmaceutical industry driven by the growing volumes and the increasing number of regulations.

He points out that Lufthansa’s focus on quality has helped it win volumes within this sector. It is one of a handful of airlines to have gained IATA’s CEIV Pharma certification.

He adds that over the last few years there has been a shift from active cooling containers to passive units.

The airline also announced late last year that it would expand its cool centre at Frankfurt airport from 4,500 sq m to 8,000 sq m, with work due to be completed in late summer.

Another area of focus for cargo airlines is the cost side of the business. Lufthansa Cargo has been active in this area and last year revealed its Cargo Evolution strategy, which would see the removal of up to 800 members of staff, as well as a 35% reduction in management numbers.

However, it also continues to invest. As well as the expansion of cool facilities and the td.Basic product, it has added its myAirCargo service, which is aimed at private individuals.

It has also expanded its partnerships to increase the reach of its network.

Von Hoensbroech agrees that cost management is important and says digitisation has a role to play here too.

He explains: “Management of cost is absolutely necessary and needs to be done in a very thorough way, especially given the trends we have seen over the last few years where rates have constantly been declining.

“All cargo carriers have to adjust their production costs to the realities of the market and we do that as well.“There are two different types of cost you can look at − one is the type of cost that we all have in our current businesses and this is where we can naturally work on the short term.

“At Lufthansa Cargo we are working on this. We started quite a big cost programme last year and we are currently implementing it where we try to reduce the internal administration and also take out costs at points where it isn’t really adding value, but at the same time continue to invest on the customer front.

“The other cost is the whole cost across the transportation chain. We are already, as an industry, wasting literally billions at the different interfaces between airlines and forwarders; forwarders and shippers; airlines and ground handlers and so on because all these interfaces are still very manual.”

“There is an opportunity for the industry in total to reduce its cost of operation quite significantly and I think we need to work on that.”

Demand on the up

The annual figures from IATA show that European airlines performed better than those from any other region in terms of freight tonne km growth late last year.

The Lufthansa group of airlines’ own figures show revenue cargo tonne km (RCTK) increased by 1.4% during the year to 10bn RCTK, with an end of year surge.

Von Hoensbroech says the end of year improvement in demand was welcome, if unexpected. He says it is hard to pin down a single reason for the improvement but mentions shipping line Hanjin going bankrupt and e-commerce volumes.

Looking ahead, he says the year has got off to a good start but adds that overcapacity remains a challenge in some markets.

He says: “January is not normally a strong month but compared with the previous Januarys we have seen that it is relatively okay.

“Year on year we are up significantly, although our capacity is not up. Load factors are good and rate levels are higher than last year and it gives us some hope regarding the rest of the year.

“But despite overcapacity in many markets, if demand continues to grow we have a decent chance for 2017.“On the other hand, if you look at all the political developments around the world, one could also be worried.

“If protectionism starts to rise with Trump being elected, Brexit coming and so on, globalisation could slow down which is bad for everyone, especially for our industry.” 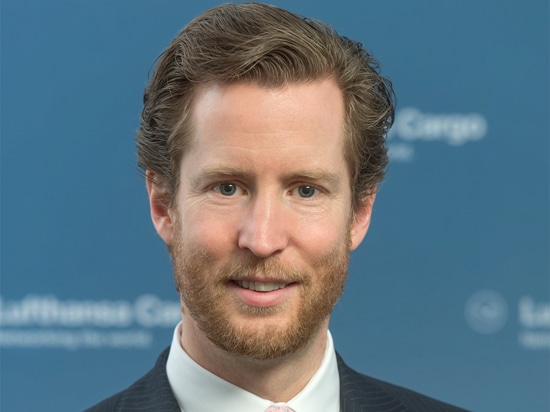