Co-operation is a word that is bandied around a lot in the cargo transport arena, perhaps because there are so many different parties involved in the industry, each with varying priorities.

It is therefore unsurprising that the new secretary general of TIACA − an organisation that was created to bring together the various participants in the air cargo supply chain – has identified improving collaboration within the industry as one of his key priorities for the organisation, which he describes as “unique”, given its wide remit.

Vladimir Zubkov was announced as TIACA’s new secretary general at the end of last year, and like the organisation he represents, he brings a range of experience with him to the role.

He has more than 40 years’ experience in the air transport industry, working half of his professional life with airlines and airports – Aeroflot and Volga-Dnepr − and the other half covering the regulatory side of the business.

At Aeroflot, Zubkov was deputy commercial director and director of the international accounting department and he managed operations in Sweden, Denmark and the UK.

He worked for three years at Moscow’s Sheremetyevo International airport as manager of ground handling, passengers and cargo.

Since leaving the airline side of the business, Zubkov has been working at the International Civil Aviation Organisation (ICAO) as director of the air transport bureau.

He says: “[At ICAO] I worked very closely with colleagues in IATA and Airports Council International (ACI) at all levels.

“Later on, as director for global planning and co-ordination, I was working through the ICAO regional offices on achieving global uniformity in implementation of the ICAO standards and recommendations.

“This is where you learn how different the needs and abilities for implementation can be [in various areas of the world], depending on the cultural specificities, economic situation and the levels of comprehension and training. I intend to make good use of this knowledge.”

Zubkov replaces Doug Brittin who retired at the end of 2016 after three years in the role. Brittin was known for his ability to navigate the regulatory world, so how does Zubkov feel he will differ from Brittin in approach?

“We all have different backgrounds,” he says. “We all have a tendency to lean on the experience and knowledge we have obtained, on the contacts, networking and our other strong points. I have learned a lot from Doug.

Like the majority of the industry, Zubkov says he sees overcapacity and low rates as some of the major challenges faced by air cargo, but looking more specifically into areas he feels he can affect in his new role, improving co-operation amongst the various industry bodies is high up on his list of issues to try and resolve.

“At the recent Air Cargo Forum (ACF) in Paris the panel of senior officials from ICAO, the World Customs Organisation (WCO) and TIACA, which I moderated, came to a key conclusion: we need to work much more closely together.

“The same notion dominated the Leads meeting – a think tank of the representatives from a wide cross section of the air cargo industry and regulators led by the TIACA board chairman Sanjiv Edward.

“Every member of the air cargo supply chain makes a contribution either to the success, or to the lack of it, in the common task of delivering shipments quickly, safely, securely and economically.

“There are many organisations of airlines, airports, forwarders, shippers, both global and regional. If we work in harmony then customer satisfaction and our success are guaranteed. If we pull in different directions customers will find a way to reprove us.

“Working with the regulators and the states’ implementers on unification of procedures, there must be compatibility in the procedures and regulations throughout the entire air cargo supply chain.”

So how exactly does TIACA plan to bring the various air cargo organisations closer together?

Zubkov says TIACA hopes to have frequent interactions with the leaders of the industry, such as ICAO, WCO, IATA and freight forwarder organisations.

To do so the groups are planning to establish various joint projects and agreements, such as the creation of a benchmark for measuring airports’ cargo performance.

“Recently the chairman of the board Sanjiv Edward brought [benchmarking] up with the ICAO secretary general Fang Liu,” he says.

“ACI has its Airport Service Quality (ASQ) programme, the world-renowned and globally established global benchmarking system for measuring passengers’ satisfaction whilst they are travelling through an airport.

“The benefits [of this benchmarking system] – airports compete for higher quality service, they are able to measure themselves up against other airports and identify their strong and weak points.

“Cargo facilities do not have the equivalent of this but they should.

“ICAO is very supportive. Now it’s the time to come to an agreement with ACI and develop such a programme.”

Improving engagement with air cargo supply chain participants from all areas of the world is another focus for TIACA. It hopes to expand in areas such as Africa, Latin America, the Middle East and Asia Pacific.

“It’s not simply for wider geographical representation,” Zubkov says. “It’s for consistency in procedures and for facilitating collaboration for the industry throughout the world.

“Every trade lane has two ends and both of them need to be equally prepared for the job with compatible procedures and documentation.”

Zubkov believes his experience of both the operational and regulatory side of the business will also be of benefit as he is able to draw on his commercial experience and his comprehension of the complexity of regulation implementation.

“We need to connect the regulators closely to the people working in the field,” he says. “We often use the words lobbying and advocacy, applying them to the occasional presence at high level meetings.

“I believe we need to expand these notions to the level of a country, to the airport level. It’s one of the priorities, and I plan consultations with the heads of organisations [ICAO, the US Transportation Security Administration (TSA) and WCO] about new avenues for co-operation.”

An interview with a leader in the air cargo industry cannot pass without at least some mention of digitisation and e-commerce – quite rightly, too – and TIACA also has ambitions in this field.

In order for the industry to properly capitalise on the opportunity presented by e-commerce it must improve its level of digitisation, Zubkov says.

Having Amazon parcels held up while paperwork is processed or security procedures are carried out could result in air cargo missing out, the logic goes.

On the other hand, e-commerce shipments cannot simply bypass customs procedures and forgo the usual information requirements in order to expedite their transport.

Improving digital information flows to speed up the processing of air cargo shipments is the obvious answer to the conundrum.

Zubkov says the reason for the slow take up of digitisation in air cargo is indifference, lack of appreciation of the benefits and even resistance by some partners.

He hopes that engagement with the WCO, the United Nations trade and development body, regional development banks and relevant regional organisations should help form new alliances to achieve faster speeds in the area of e-commerce.

“The all-embracing theme of e-commerce with e-freight, electronic air waybills and other electronic elements, needs strong partnership with those who are involved in trade and global commerce,” he says.

Improving awareness of the importance of air cargo in the wider aviation sector is another area Zubkov hopes to develop.

He says: “[We need] even more awareness of the importance of air cargo for the global economy, for the airlines’ and airports’ revenues.

“The higher echelons – managers who decide on the priorities, workforce assignments and budgets − are not well informed about the importance of the cargo business for them and for the global economy.

“As a result there is an unjustifiable lack of attention to the needs of the air cargo sector.

“Even the major transport-related organisations, like The International Transport Forum and [some of] ICAO’s regional bodies, have virtually nothing on their work programmes dealing with air cargo.”

As well as having the opportunity to shape and develop TIACA and the wider air cargo industry, taking the secretary general role means that Zubkov will also need to deal with the flack that the organisation faces.

One area of controversy in the past has been membership fees – TIACA increased its prices by 100% in 2012 − and towards the end of 2016 the group announced another price increase, although of a much lower amount of 5%, equating to $100.

Although he does not directly answer the question of whether the increase in fees could result in reduced membership, Zubkov indicates that the rise is needed in order for TIACA to properly represent its members.

“There are two directions,” he says. “First, the current and prospective members must feel that TIACA responds to their interests and needs; that it represents them well in the high circles developing policies and wherever else they should be represented.

“Our major customers – TIACA members − must be satisfied with the service provided. We need to update the list of the customer wishes and respond adequately.”

The financial status of TIACA is another area that has been subject to industry speculation, but here Zubkov says the organisation’s recent ACF event in Paris was a success, but adds there needs to be further diversification of revenues.

“We are just coming off the ACF in Paris. It is recognised as a major success, financially as well, and it gives us a direction of how to approach the next ACF in Toronto.

“While being satisfied with the ACF we have to continue developing other sources of revenue generation.

“Satisfied membership and prospective members who will find good reasons to be TIACA members should bring in some portion of the income.

“And here the key words are: good reasons to be TIACA members. The initiatives I have outlined, plus some other planned steps, subject for future discussion, is what should become the centre of attention for the coming year.

“The initiatives should help to increase further the attraction for participation in the work of TIACA and become additional ways to generate revenues.”

It seems for Zubkov that bringing together the various participants of the supply chain is going to initially take the focus of his efforts.

The terms collaboration and co-operation are arguably overused and run the danger of becoming vague in meaning. Yet when groups with varying interests do work together and, importantly, the ideas that are generated through meetings are actually implemented, then collaboration can make a real difference. 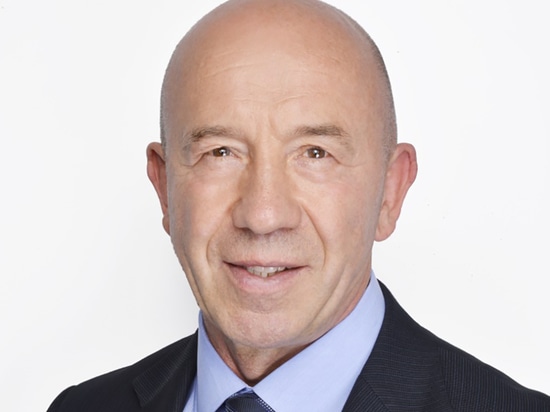