Karmaflights: Paragliding the Himalayas to raise money for earthquake-recovering Nepal

A paragliding organisation based in Nepal's tourist town of Pokhara is using the money it raises from flying tourists around the Himalayas to help fund the country's ongoing earthquake reconstruction efforts.

Many villages in Nepal are still rebuilding from a devastating magnitude-7.8 earthquake that struck the mountainous nation almost two years ago, killing nearly 9,000 people.

Karmaflights operates paragliding tours near the Annapurna mountains, and donates its profits to local humanitarian projects, including earthquake relief.

"Wherever you go, there is a need, because the villages are scattered here and there, the resources are very minimal, and government cannot fund all the [reconstruction] projects."

One of the villages still in need is Barang, located in Nepal's Kaski district.

The village's school building collapsed during the disaster, and since then, students have been studying in a small, temporary structure built with corrugated iron.

"It is very difficult to run the classes … in the present conditions," he says.

"It is almost impossible to provide a quality education."

After waiting almost two years, construction of a new school building in Barang is finally underway.

The project is jointly funded by Karmaflights and local authorities, and will include multiple classrooms, a library and a small computer lab. It will hold up to 100 students.

"The community here wants to develop this school as a model school," Mr Kunwar says.

"This means they want to make this school earthquake-resistant, strong, [and provide] a safe future for the children."

Tourism is one of Nepal's major industries, as is forecast to constitute 10 per cent of the country's gross domestic product by 2025.

Visitor numbers to the country dropped sharply following the 2015 earthquake, but local businesses in Pokhara say the tourism sector is now starting to recover.

Karmaflights sees this influx of foreigners as an opportunity for mutual benefit.

Paragliding tourists get spectacular aerial views of the Himalayas, while their money funds reconstruction projects in some of the country's poorest villages.

"Helping the children and the communities where we fly, is our main motto," Mr Kunwar says.

The organisation is now actively involved in assisting more than 20 school projects in earthquake affected areas.

Krishna Prasad Parajuli is the head of the parent's association of Barang village, and has high hopes for his community's new school.

"We want a new school so the children can be safe. The children are our future," he says. 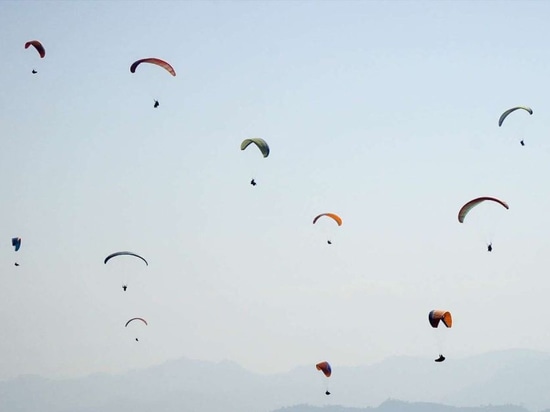 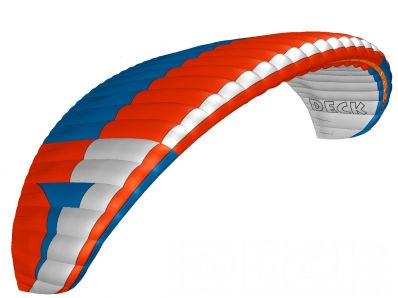