This year, The Wings Club Foundation, Inc. and IAWA (International Aviation Womens Association), will honor Heather Penney with the 2017 annual Outstanding Aviator Award. The presentation of this year's Award will take place during The Wings Club Foundation's Annual Meeting, to be held on the evening of Wednesday, March 29, 2017, at The Yale Club in New York City.

Most widely recognized for her extraordinary service and bravery on September 11, 2001, Heather Penney was one of two pilots who swiftly took action to protect the airspace over Washington, D.C. as the hijacked airliner, United Flight 93, was heading for the nation's capital. Their mission was simple – to take down the hijacked airplane by any means necessary. However, as there wasn't time to arm the F-16's, it clearly was a suicide mission to fly into the airliner.

Penney was part of the first wave of women who went directly into fighters from pilot training. She grew up around aviation and warbirds, and applied to the Air National Guard to fly F-16s as soon as she learned that Congress had opened combat aviation to women.

The first and only woman in the 121st Fighter Squadron, Penney deployed to Operation Iraqi Freedom for initial combat operations as a night-time SCUD Hunter in the western deserts of Iraq, also supporting Special Operations Forces.

Since its inception in 2010, the annual Outstanding Aviator Award has been presented to iconic recipients such as: the Tuskegee Airmen, the Women Airforce Service Pilots (WASP), the Doolittle Raiders, Patty Wagstaff, Robert A. "Bob" Hoover, Suzanna Darcy-Hennemann and Colonel Edward T. Rock (USAF Ret.).

The Wings Club Foundation, Inc. is a 501(c)(3) charitable organization. Its mission is to focus on initiatives aimed at supporting scholarships for students pursuing a career in aviation or aerospace; providing programs to educate in the field of aviation and supporting charitable organizations that use aviation to help those in need. The Wings Club Foundation serves over 1,300 members including industry leaders, pilots, professionals in related service organizations and students of aviation.

The International Aviation Womens Association (IAWA) is an international organization for women who hold positions of impact in the aviation and aerospace industry. Founded in 1988, IAWA brings together women of achievement and promotes their advancement throughout the world.

If you are interested in attending this year's presentation of the award to Heather Penney and would also like to attend the Annual Meeting, please RSVP to Lea MacDougall at (212) 867-1770 or email wingsclub@aol.com. For more information on The Wings Club visit www.wingsclub.org. Members and guests are invited. 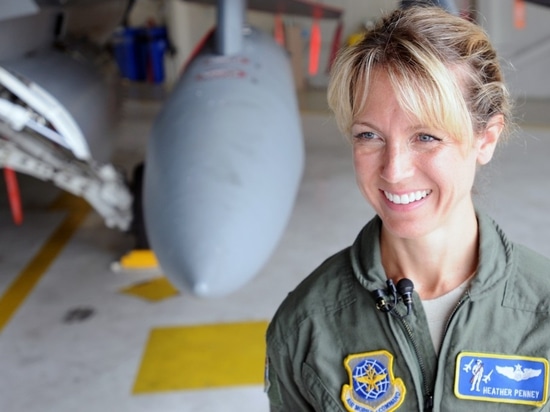