The Solar Impulse 2 today marks the second anniversary of its take-off from Abu Dhabi on its epic journey on March 9.

Young people’s response across the world were almost same when they visited solar impulse-2 (Si2), the first zero-fuel plane that circumnavigated the globe, during its stops.

Those words of hope and dreams still resonate in the ears of Bertrand Piccard and Andre Borschberg, the pilots of Si2, on the eve of the second anniversary of its take-off from Abu Dhabi for the epic journey on March 9, 2015, they told Gulf News over the phone from Lausanne in Switzerland on Wednesday.

“Those words represent its psychological impact. We proved that if you have a dream you can succeed [despite many formidable challenges],” Piccard said. Si2 had to overcome meteorological, administrative and many other roadblocks. “There were so many question marks even after working 15 years [on the project],” he said.

Borschberg said: “We always hear it is not possible. But we proved that [the] world is full of opportunities.”

They explained that their project was successful in delivering the message of clean, sustainable energy and clean technology, and making a psychological impact in the minds of young people.

Both of them are promoting their book, Destination Sun, about their Si2 experience, which was published in French two weeks ago. It will be published in English and Arabic soon.

Abu Dhabi Future Energy Company, Masdar, which supported the project, said the success of Si2 had a profound effect, because it opened people’s eyes to the enormous potential of renewable energy and clean technologies. “It left an enduring legacy throughout the world by inspiring us to be bold, to innovate and to work together for a more sustainable future,” Mohammad Jameel Al Ramahi, Masdar’s Chief Executive Officer, told Gulf News on Wednesday.

“In the year since Solar Impulse 2 landed, we have continued to see major advances in solar and other clean technologies, and Masdar is committed to remain at the forefront of supporting initiatives which take our industry forward,” Al Ramahi said.

Si2 had set several world records by flying more than 40,000km in 17 legs and 15 months on solar power alone, crossing Asia, the Pacific, the USA, the Atlantic, the Mediterranean and the Middle East. It completed its world trip in Abu Dhabi on July 26, 2016. The plane was shipped back to Switzerland in November 2016, and is kept at Dubendorf airfield. 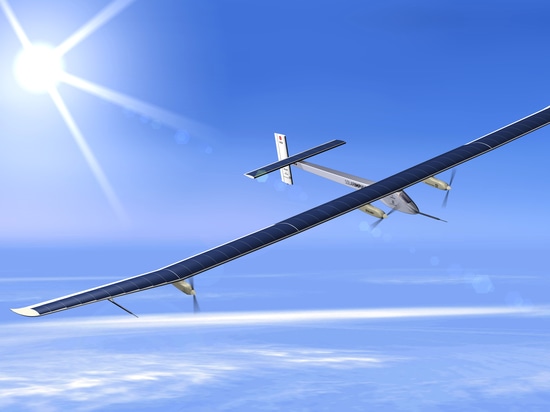