Kimberly J. Becker, who has been with Mineta San Jose International Airport since 1995, and director since 2013, has been hired as San Diego County Regional Airport Authority’s second President/CEO. She will begin in the position on May 1, succeeding Thella F. Bowens, who is retiring as of March 31.

Angela Shafer-Payne, the airport authority’s vice president of operations, will serve as interim president/CEO. Shafer-Payne has been with San Diego International Airport (SAN) since 1995.

SAN is the nation’s busiest single-runway airport and last year saw total passenger volume increase to a record 20 million. The airport is owned and operated by the airport authority, which is governed by a nine-member board representing the entire region.

“We undertook a thorough, deliberate process to find our next leader,” said Airport Authority Board Chairman April Boling. “Our Search Committee reached out to community and industry leaders, and we thank them for their invaluable input. We engaged internationally renowned search firm Korn Ferry, cast a very wide net geographically and by industry, and identified numerous well qualified candidates.

“Ultimately, it is about continuing the progress we are already making,” she added, “and it is about leadership. We are delighted to have recruited Kim, whose proven leadership capabilities and collaborative style will allow our agile, high-performing team to take SAN to the next level.”

Becker will join the airport authority as it is aggressively adding new nonstop air service, building a new Customs and Border Protection facility to accommodate rapid growth of international arrivals, and planning the replacement of the 50-year-old Terminal 1. Additionally, the authority board just completed a five-year strategic plan.

“This is an extraordinary opportunity that I am honored to have,” Becker said. “Thella has built a strong organization and culture. Succeeding her allows me to leverage all that I have done in San Jose and to build on a very solid foundation.

“My excitement is mirrored in SAN’s tagline – ‘Let’s GO!’” she concluded.

Becker also worked at Teterboro Airport in N.J. and Burbank-Glendale-Pasadena Airport for a total of 10 years. She earned a B.S. in Business Administration from Indiana University of Pennsylvania and an MBA in Aeronautics from Embry-Riddle Aeronautical University. 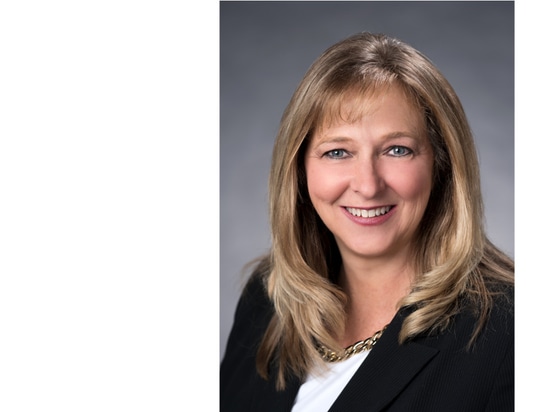 Becker also worked at Teterboro Airport in N.J. and Burbank-Glendale-Pasadena Airport for a total of 10 years.