Science fiction has teased the idea of flying cars for decades, but in the real world they’ve been nothing more than a concept. That’s beginning to change, as companies around the world begin to look at making personal air travel feasible. Called VTOL (VEE’-toll), short for vertical takeoff and land, these vehicles may be in our skies as soon as the next decades.

Of course, no one is ready for flying cars quite yet. There’s no infrastructure to support them, and regulations are needed to govern their use (like personal drones, but a thousand times worse). You won’t find the first commercial VTOLs at a dealership, instead they’ll be taxi services built to shuttle people from one part of a city to another.

So who’s working on making science fiction a reality? Let’s take a look.

Of all the VTOL taxi projects, Uber’s is the biggest so far. The company targets 2023 as the year its services will first become commercially available, but we could see the first Uber Air taxies as soon as next year.

Uber’s had its eyes on air travel as early as 2016, and last year it committed to offering the first tests in Dallas, Los Angeles, and Dubai in 2020. The planned crafts look kind of like a modern miniaturized version of a turboprop plane, but with a key difference: They will take off and land from massive skyports placed throughout the cities they serve. Each plane will be capable of a speed of 150 mph and a range of about 60 miles on non-reserve power with one pilot and four passengers on board, and run completely on electric power using an automated system (although the pilot can take control in case of an issue).

Also cognizant of the footprint of the massive skyports necessary to take this to scale (Uber expects 1,000 landings an hour), Uber is tapping top architects to design densely packed structures on plots of land as small as 1-2 acres.

Uber’s expansion is important because it gives us a good idea of the challenges involved in adopting flying cars around the world. For example, personal VTOLs just don’t function dependably in a city with lots of harsh weather, so Uber is limited to choosing cities with very mild conditions and little rain for safety reasons, as well as cities with the right shape and metro areas for air taxis. Uber also needs real estate partners and friendly governments so it can work through all the associated regulations. Since Uber’s ideal taxis will be electric in nature, the company also needs a very reliable, scalable electrical grid to work with. These requirements add up quickly, and show how much work these flying car entrepreneurs have ahead of them.

AeroMobil, based in Slovakia, is determined to making a functioning flying car. They are on their fourth prototype, so you know they aren’t joking. All the prototypes are loosely known as the “AeroMobil” and the first of the cars should ship to private owners in 2020.

The company has plenty of concept art to show how the car would work in its final form. It’s one of the more notable “hybrid” models, and we aren’t talking about fuel. Unlike true VTOLs, hybrid flying cars are often designed to take off from runways to gain flight, but also have the ability to revert to a more car-like shape that allows them to drive on roads. As you can tell, this requires both retractable wheels and wings, along with a very efficient fuel system. AeroMobil is hoping it can create a functional electronic model. The company has partnered with notable organizations including Starburst, an aerospace “accelerator,” to help get its car to market ASAP.

Project Vahana,from Airbus, seeks to create an electric VTOL aircraft that is entirely self-piloted. There are a lot of advantages to the self-piloting model. It can save costs when it comes to hiring and training pilots (who typically expect a higher salary than a taxi driver), and software engineers already have plenty of experience creating autopilot system for larger planes that can be applied to these VTOLs. It’s also an ideal way to run a taxi service, since the cars can automatically return themselves to centers for maintenance or take a different route based on current orders.

In early 2018, the Vahana prototype had its first successful full-scale flight test. It wasn’t much — the 20-foot aircraft simply rose 16 feet into the air, and stayed there for 53 seconds. However, it did this entirely with the autopilot technology. Airbus has flown about 50 test flights since, and says its on track for a 2020 debut.

Kitty Hawk CEO Sebastian Thrun claims that flying its latest prototype is “as easy to use as playing Minecraft,” so we’re already sold. This also means there’s currently no pilot’s license required to drive it. The latest prototype, appropriately called “Flyer,” is a 250-pound model created by the startup to show off its ultralight design. Kitty Hawk, started by Thurn and Google cofounder Larry Page, plans on creating both a personal flying machine that’s largely for “off-road” fun (ultralight vehicles like this can’t fly over urban areas by law), and an air taxi for more urban environments. The small, drone-like personal flyer holds a lot of promise for those who want a quick and dirty flying car experience, but so far it’s only available for test flights at a lakeside training center.

The Volocopter design is ambitious — and it looks really cool. The mini-copter is designed for personal flight and features 18 rotors, controlled via a single joystick and powered via electric batteries. We’d say that the whole thing isn’t very practical, but then they went ahead and made a full-sized test model and ran it across the stage at CES 2018 thanks to a little sponsorship by Intel.

The 2X can carry two passengers and has a flight time of 30 minutes and a range of 17 miles between charge centers. Intel’s work on the project includes complex tech, including four independent sensor units to control positioning, nine different electric battery packs with built-in redundancies, and even a parachute stowed on top of the vehicle in case something goes wrong. It’s no wonder Volocopter is Dubai’s latest pick for its upcoming air taxi fleet (although Dubai has dumped other prototypes in the past, so it’s not a guaranteed deal).

The SureFly is a robust VTOL that’s aimed at commercial services and personal consumers looking for a durable, self-controlled flying experience — and don’t mind paying around $200,000 per unit. It’s not just a concept model, either: interested buyers can already plunk down a $1,000 refundable deposit for the first commercially available models. A release date is not known yet as the Federal Aviation Administration must certify the SureFly before it can be sold, which may take up to two years.

The Surefly has eight propellers and a top speed of 75mph. While, unlike other VTOLs, it does operate on gasoline, a battery pack will provide an extra 10 minutes of flying time if necessary. The initial version will be able to carry about 400 pounds of cargo, although a more heavy-duty version capable of carrying up to 650 pounds is currently in development.

Another aim of Workhorse is to make the SureFly easy to pilot, which is why most of the controls are automated. Just two controls are in the aircraft: A joystick to control direction and a throttle control on the pilot’s door.

Coming from Canadian designer Opener, the BlackFly is a highly distinctive VTOL that combines personal piloting with a wealth of automatic features, including auto-landing and automated return-home functions, thus enabling flight without the need for formal licensing (a popular trend, as you may have noticed). Despite the design, BlackFly flies via a familiar method. Eight drone-like rotors are positioned across two wings. Taking off, however, is a bit more unique, as the VTOL is made to rock back and forth to literally pick up momentum to launch upward. Specs allow for a lengthy 40-mile range at 7 2mph, although regulations limit those numbers substantially for those who want to fly their own aerial vehicles.

What’s really special here is the promise of affordability and availability: The company is aiming to release its first crafts this year at roughly the same cost as an SUV. We’ll see if they’re able to do it.

With retractable wings and wheels, the Transition is another hybrid model designed to convert between the road and the skies as needed. But that’s not the only way that the Transition is a true hybrid model. It also uses a combination of gas and electric engines to help power the model, and a boost mode for an extra burst of speed when flying (which sounds a little dangerous to us, but what do we know). In the past, the Transition was expected to eventually sell at $280,000, but these days the company is refraining from providing a list price.

When the Ehang 184 first showed up at CES a few years ago, it seemed pretty impossible – a personal quadcopter VTOL that was fully automated, totally safe, completely comfortable, and powered via a basic touchscreen interface that anyone can use. Frankly, it all seemed like so much vaporware with a bunch of claims that couldn’t really be substantiated. These days, Ehang is still making some pretty crazy claims. For example, it’s hard to believe the company has tested its model more than a thousand times in all types of situations (including gale-force winds, with 500 pounds of extra weight, and so on), as they claim — the only test footage available is decidedly more pedestrian. After all, this sort of thing has happened before.

However, other details give us reason to believe that some version of the Ehang 184 will go into operation. Ehang has specified that each taxi will have a command center that will automatically ground the flying car in poor weather conditions, and that the models are primarily designed to fly in basic U-shapes from one port to another, which sounds much more in line with what other prototypes are capable of.

On the other hand, Ehang filed for U.S. bankruptcy protection in May 2018. The move was called “strategic,” and the company is still in operation, but it doesn’t exactly inspire confidence.

A previous Joby Aviation design from 2014.

After working for years on personal aerial craft, Joby Aviation recently received a massive cash infusion from the likes of Toyota and Intel that provides $100 million to create an electric air taxi. This model is interesting, because it’s larger than many projects (able to seat up to five), and while it is called a VTOL, the model appears to be based on a more traditional aircraft with multiple propellers, which raises a lot of questions about how it’ll work in practice. Hopefully we will be able to see a real prototype before too long. 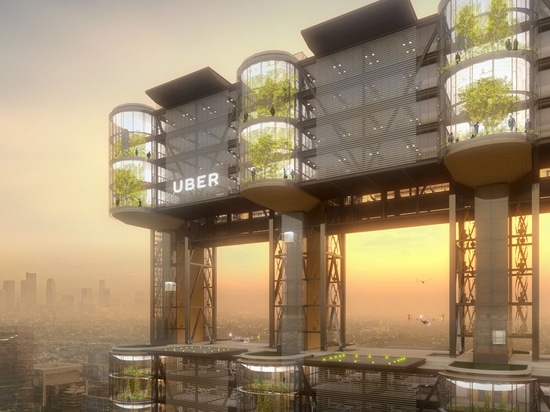 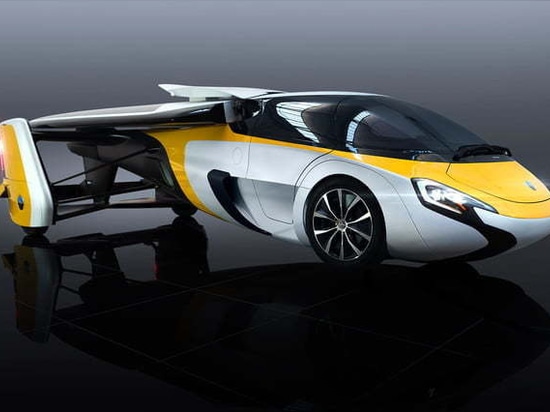 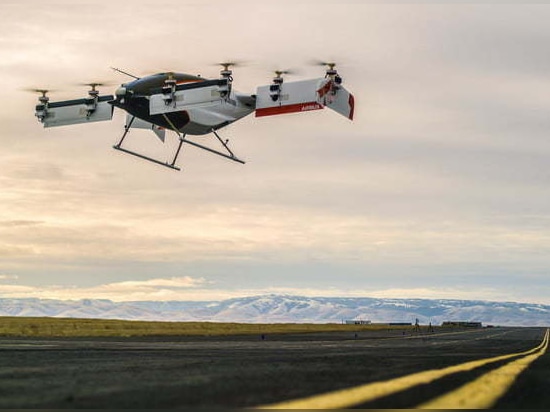 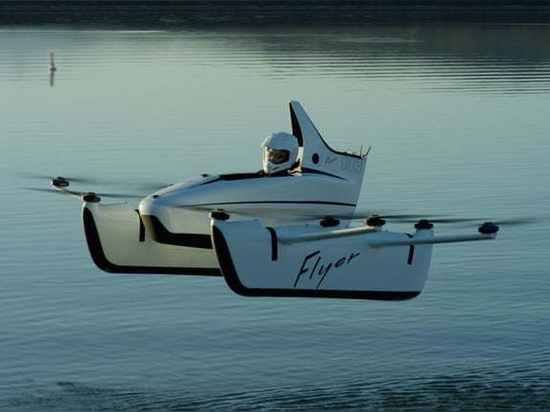 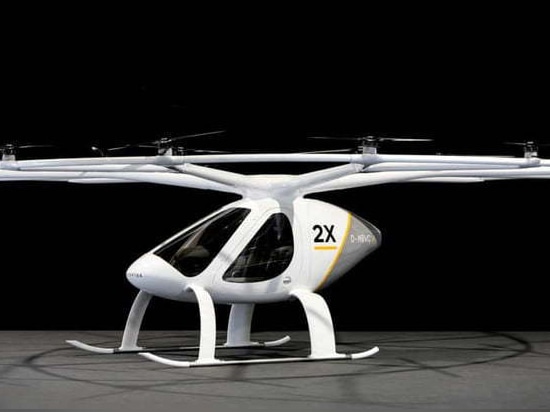 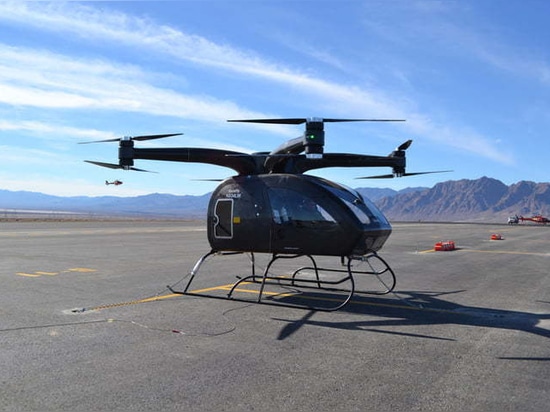 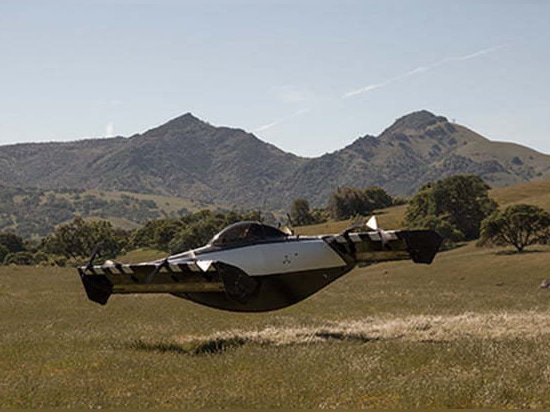 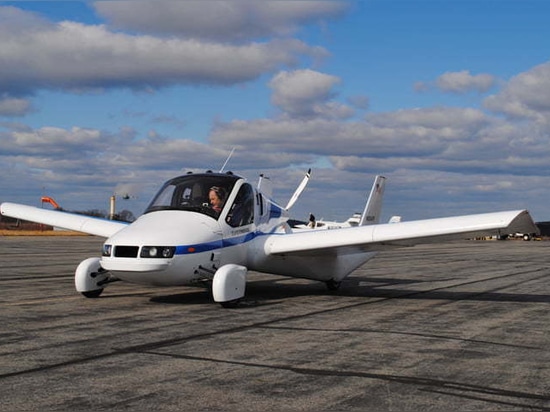 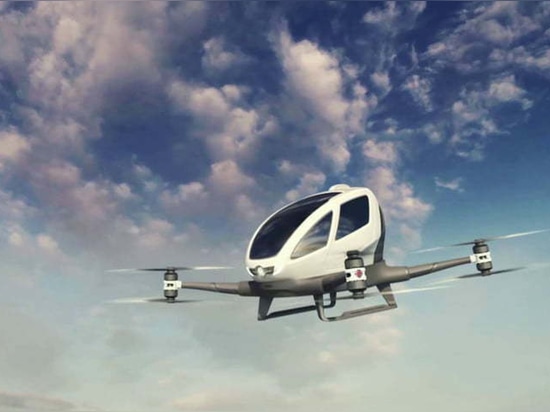 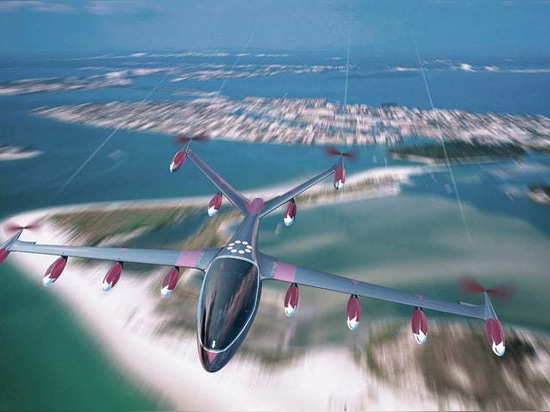