Montreal-based Air Transat took delivery of its first of 15 Airbus A321LRs as part of a fleet renewal that will see the leisure carrier convert to an all-Airbus fleet by 2022. The Pratt & Whitney PW1100G-powered narrowbodies come equipped with an entirely redesigned two-class, 199-seat cabin, with 187 seats in economy and 12 premium seats. The aircraft marks delivery of the fourth of Airbus’s long-range A321neos.

The European manufacturer, which holds firm orders for more than 120 of the type, handed over the first example to launch customer Arkia Israeli Airlines in November last year. TAP Portugal and Air Arabia each took delivery of one A321LR—fitted with CFM International Leap-1A engines—earlier this year, out of orders for twelve and six respectively. The A321LR’s long-range capability—of up to 4,000 nm with 206 passengers while using extra fuel stored in three additional center tanks—won certification from the European Aviation Safety Agency and the U.S. Federal Aviation Administration in October 2018.

Air Transat COO Annick Guérard described the arrival of the new aircraft as an “important moment” for the company. “The Airbus A321LR represents what Air Transat stands for today and what we strive for in the coming years,” she said. “It reinforces our position as a leader in sustainable tourism, while also offering our passengers a superior onboard experience.” The aircraft’s long range will optimize the carrier’s operations in its core markets in Europe, the Caribbean, and Central and South America, Guérard added. However, she did not reveal on which route the A321LR will initially operate.

The airline carries some 5 million passengers yearly on a network spanning some 60 destinations in more than 25 countries in the Americas and Europe. It offers domestic and feeder flights within Canada 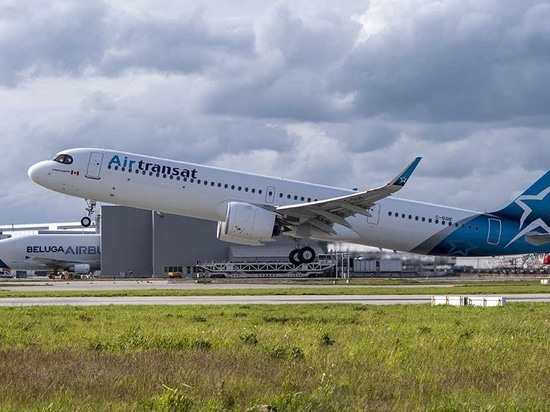