Superjet Scrutinized after Board Changes at UAC/Rostec

The Sukhoi Superjet program faces more scrutiny following a reshuffle of the board at United Aircraft Corporation (UAC) in late April and appointment on May 13 of Rostec director Anatoly Serdyukov as the board’s chairman.

This month Ravil Khakimov became president of both Irkut and Sukhoi Civil Aircraft (SCAC) and took on the task of creating a single entity within the UAC corporate structure to encompass development, production, sales, and aftersales support of civil aircraft. The changes take place in the context of President Putin’s transfer of a 92 percent stake in UAC to Rostec in October 2018. Rostec leadership and its new appointees in UAC consider the MC-21 the top priority for investment, leaving other programs, notably the Superjet, with a limited budget.

SCAC has built more than 180 SSJ100s, but dozens sit in storage. Of the active airplanes, 75 percent operate in Russia. About 66 percent fly with carriers on operational lease terms and 18 percent on financial leases. Operators themselves own most of the remaining 16 percent. In 2018 and early 2019 a number of service bulletins addressed many of the type’s weak points discovered since entry into service in 2008. UAC claims that the commercially operated SSJ100s subject to the bulletins routinely log 200 to 220 flight hours a month, while fleet leaders register some 300 to 350 hours. According to a recently updated UAC forecast, airlines will need 2,000 aircraft in the class of the SSJ100 over the next 20 years, including 200 in Russia.

Speaking at a conference in Moscow, Irkut head of marketing Cyril Budayev explained UAC’s approach to the Superjet. “Our current strategy is more oriented on perfecting the existing aircraft design and building an effective aftersales support system,” he said. “The immediate goal is to improve the current production version by introducing winglets and putting more passenger seats in [beyond the currently permissible 103].” Although flight testing on the SSJ100 outfitted with winglets has run late, the program is approaching completion. Russian aerodynamicists call the devices “Sabrelets” and describe them as “a stroke type" capable of achieving a 5 percent improvement in fuel economy in cruise mode.Meanwhile, development of a completely indigenous SSJ75, now scheduled for completion in 2025, will likely see further delays as engineers concentrate efforts into achieving more commonality between the MC-21 and the Superjet, said Budayev. “[However], there is no decision at the top corporate level yet to what degree we should pursue that commonality,” he added. “[Management] is looking for solutions on a better use of what we have, and only then will draw plans how to move forward,” given limited financial resources. Another managerial priority lies with creating a structure that would be easier to control and more open to outside investors.

In Budayev’s view, the MC-21 will represent the core of UAC’s civil product range, followed by the SSJ100 in the intended role of “a smaller brother” and “a second flagship,” followed by the Ilyushin Il-114 turboprop, the Il-96-400M quadjet, and the CR929 next-gen widebody, now under development with China’s Comac. He described the last three as “more of niche products in terms of market positioning…whose readiness is somewhat distant.” Most long-serving Irkut managers and their Rostec patrons who increasingly occupy top positions at UAC and its branches naturally share that view, given Irkut’s selection as the foundation for Russia’s civil aircraft manufacturing business, to which SCAC, Ilyushin, and other smaller companies will be attached. 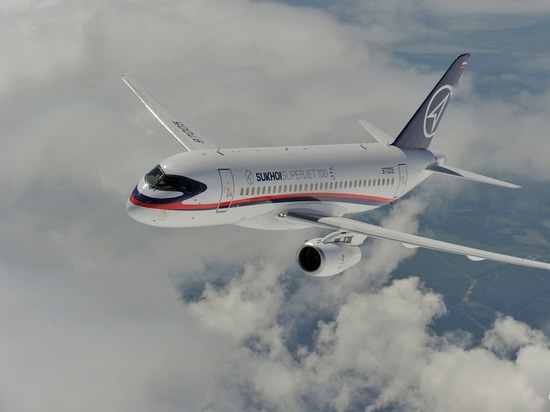 Some 75 percent of all Sukhoi SSJ100s still flying operate in Russia. (Photo: SCAC)