Uber Air plans to operate a network of electric air taxis in cities worldwide to enable four-person shared flights in densely populated urban markets, initially in U.S. launch markets Dallas and Los Angeles in 2023. Until then, Signature will leverage its involvement in UberCopter, which begins next month in New York City via a partnership with HeliFlite, as a “building block” for Uber passenger handling that could then be scaled up for Uber Air, Signature chief commercial officer Shawn Hall told AIN. For UberCopter, he said Signature will use its existing FBOs and also provide passenger-handling agents at the New York Heliports where HeliFlite operates.

“Signature Flight Support’s understanding of the private aviation space makes them an ideal fit for Uber Elevate’s business,” said Eric Allison, head of Uber Elevate. “Efficient and safe skyports are a critical component of our business model, and our future collaboration with Signature will allow for a seamless rider experience from the moment they arrive at a Skyport, to the moment they depart.”

As an FBO operator for Uber Elevate, Signature will apply its expertise to support skyport infrastructure and operations serving eVTOL passenger pickups and dropoffs at their on-airport locations, as well as designated purpose-built eVTOL urban skyports, which Uber Elevate infrastructure business development lead Chad Cashin said will likely be on top floors of existing car parking garages. In the near-term, Uber and Signature will co-develop industry-leading practices around safety and customer experience for urban air mobility, they said.

Signature also plans to provide charging stations and battery swap-outs for Uber’s electric air taxis, according to Hall. While customer service and comfort are important, he noted that passenger safety will be paramount at the skyports. 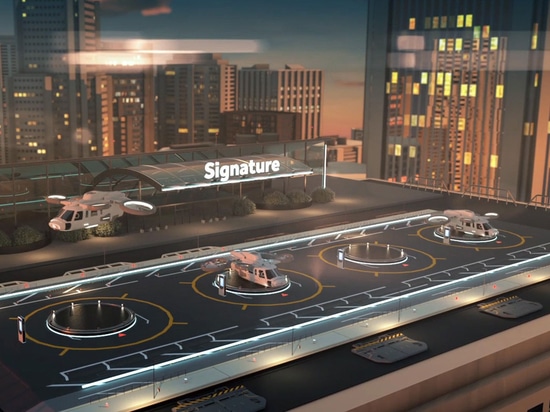