It’s fair to say that the Paris Airshow is a big deal in the aerospace calendar. Well, when I say big, I mean so big that my mobile phone App clocked almost 30 miles of walking in the three days I attended.

This was my sixth visit, and one where I felt the Paris Airshow was treading water in that there was nothing especially new or outstanding on show from a manufacturing standpoint. All the usual suspects were there: robot arms gyrated and Industry 4.0 maps navigated, but one overriding message is that our industry is in need of a ‘greener’ conscience.

Laudable as lowering emissions are, growing environmental concerns may pose a threat to aircraft deliveries and the general consensus of opinion is that the OEMs are increasingly looking to ‘decarbonise’ aviation.

To create a breath of fresh air, Aleo – the Paris Airshow’s mascot paraded the aisles – its demeanour reminding me of an alien from the film Prometheus. Some people have a fear of clowns and there’s a word for it – Coulrophobia. Oleo had a similar effect on me. Nevertheless, it smiled and waved bravely, and allowed me a brief moment to forget about my throbbing feet.

Show organisers, GIFAS will be satisfied that the 2019 event was made up of nearly 2,500 exhibitors. The show also boasted over 300,000 unique visitors with 40% coming from outside France. That said, there’s little else I can glean from the scant information on the Paris Airshow website other than that $140 billion worth of contracts were signed.

So, the Paris Airshow is indeed a big deal. By the end of a day’s walking, I was convinced that the curvature of the earth could be seen at the end of the Le Bourget runway, but maybe it was just a mirage. 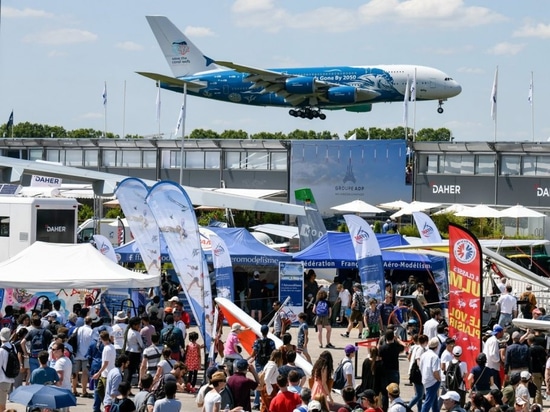