Raising the profile of women in engineering

International Women in Engineering Day is an awareness campaign, held annually on June 23rd, designed to raise the profile of women in engineering and focus attention on the amazing career opportunities available to young women.

Q: Christina, can you start by telling me how long you’ve been with Hamilton Precision Metals and what you were doing before you joined the company?

I joined the company about six months ago having previously been at graduate school. My undergraduate degree is in Materials Science and Engineering with a metals focus from Penn State and my Master’s is in Metallurgical and Materials Engineering from the Colorado School of Mines.

Q: So, were you always interested in pursuing a career in engineering?

Materials Science and engineering broadly comprises polymers, ceramics, metals and electronic materials. You start out by learning all of the materials groups and then you can specialise. I got into metallurgy because my first internship was in a steel mill and when I got there and walked the length of the plant I thought, yes, this is awesome, this is what I want to do.

Q: How did you come to join Hamilton Precision Metals?

Initially it was through LinkedIn. I was approached because they were looking for someone with my skills and that led to a phone call and an interview.

Within about two weeks I was hired and it was straight into the learning process, picking up a couple of projects, both in metallurgy and process improvement in general. Since then I’ve been developing and refining the scope of those continuous improvement projects while also preparing to take on the role of another metallurgist here who is planning to retire.

Q: How would you describe Hamilton Precision Metals to someone who doesn’t know the company?

Hamilton Precision Metals is known for precision, essentially. We roll strip from other processing facilities down to really thin gauges, all the way to about 2.5µm thick which is considered foil. We serve customers with a wide variety of needs, including medical instrumentation, aerospace technology, computers and electronics, and automotive.

It’s a broad spectrum and we work with a variety of metals as a result. So, on a daily basis I touch titanium, copper alloys, nickel alloys, and stainless steels. We have an in-house joke that it’s a bit like a metallurgical playground because we deal with nearly every type of metal you could imagine.

Q: What are the key things you find fascinating or exciting about the work you do?

I’ve always tended towards the science side of engineering, really understanding how things work, how things interact with each other. In the metallurgy field, you’re almost designing metals. You’re saying I want it to perform in this way, I want it to be this dimension and look like this. How do we get there? How do we produce metal in such a way that it meets all of the desired requirements? It’s what I love to do, understanding why things behave in the ways that we see.

One of the other things I love about working here is that we get involved in every aspect of a business. We go from working with customers to clarify their specifications to designing the process flow that’s going to go through the shop floor and how we’re actually going to make it. How can we produce the product that the customer wants? So, it’s the full spectrum really, from concept to working with customers to get to the precise product they need for their particular application.

Q: Engineering is still a largely male-dominated discipline. So, what’s it like for you, as a woman, to be working in this environment.

You definitely have to make a name for yourself, you have to put yourself out there and show that you are an authority in the field. Only you can speak up for yourself. I’ve been involved in metallurgy both in and out of the classroom for ten years and so I know what I’m talking about when it comes to solving metallurgical engineering problems; if you don’t make your value known, unfortunately you may be overlooked as a woman in engineering. And when the time comes to voice your thoughts, you’ve got to make sure you are well-researched and you’re putting out the right information.

I think just more open encouragement and conversations. Outreach is so, so important. When I was trying to work out where I wanted to go in my career, I didn’t have anybody to look to, which made it hard to make some of the most important decisions post-graduate school. So, I think mentorship is a really important thing. We need to go to the colleges and high schools and say, hey, this is how I got here and you can do it too.

Obviously, I have had a lot of mentors who are men but inevitably they have a different perspective and I think having that female perspective is very important. There needs to be more encouragement versus criticism to make female engineers feel more confident in the industry.

The reality is, every decision, everything that we as women, as students, put out reflects us as a population. Because there are so few of us, you are representing every female engineer and you don’t want to mess up because you don’t want somebody to look at the next female engineer and say, hey, they can’t do this as well a man could. It’s a concern I have had every day since starting in undergraduate, but when you can stand firm in your beliefs and your abilities the worries will fade. To get more young women into engineering, we need to share with them that these concerns are normal and you can push past them to reach your goals.

Q: And, if you had to give a talk next week to a group of girls at school who were trying to decide what to do with their careers, what advice would you give them?

I’d say, don’t be afraid to walk into that room meeting room alone. You might be the only female in a room of 20 engineers but you can’t be afraid. You’ve got to step up, show that you’re just as capable. Women are far more prepared and far more researched than they realise. So, you just have to go for it. Don’t let people doubt you.

Q: Hamilton Precision Metals is one of the six businesses that make up AMETEK Specialty Metal Products. Do you have much contact with other women from across the group?

I’ve met a couple of women from AMETEK SMP Eighty Four and I was involved in the internship committee comprised of a mix of men and women from HR, sales, ops, and engineering. There has been an effort to increase connectivity across the six locations to make us a more unified business unit, and I’ve enjoyed working with everybody across the board. Everybody’s friendly and welcoming and everyone wants to improve us as an entire unit beyond just the local branches.

Just that if you really want to be an engineer, don’t let anybody question that, just keep on going. Yes, as a woman you’re going to be different, you’re going to stand out, but that shouldn’t be a problem, it shouldn’t hold you back. Just be confident in who you are and go after your goals. 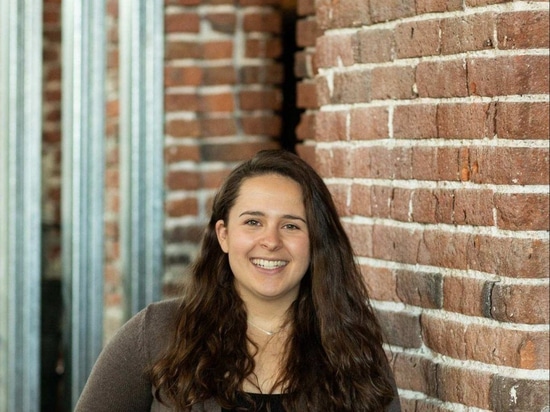