The board named Thierry Betbeze head of Dassault Falcon Jet.

The Dassault Falcon Jet board named Thierry Betbeze CEO of its division, a Dassault Aviation subsidiary, among news of mixed success for the business unit in the first half of 2019.

Betbeze had served since 2016 as senior vice president, finance, for Dassault Falcon Jet. He succeeds Jean Rosanvallon, who led the company for 23 years. The DFJ subsidiary is responsible for the marketing, service, and sales support of Dassault in the Americas.

Éric Trappier, chairman and CEO of Dassault Aviation, reviewed the climate during the preceding months: "The first half of 2019 was dominated by uncertainty over the European elections, geopolitical tensions, terrorism, the trade war between China and the United States, Brexit and environmental pressures. The economic environment and the [dollar-to-euro] exchange rate remain unpredictable."

Against this backdrop, the company took in only seven orders at the end of June 2019, with a total of 26 orders through August 31. Still, the company celebrated wins on the support side, with its spares availability and service center network impressing customers and industry this year.

Target sales for 2019 remain firm, according to Trappier, with a projection of 45 Falcon and 26 Rafale aircraft. 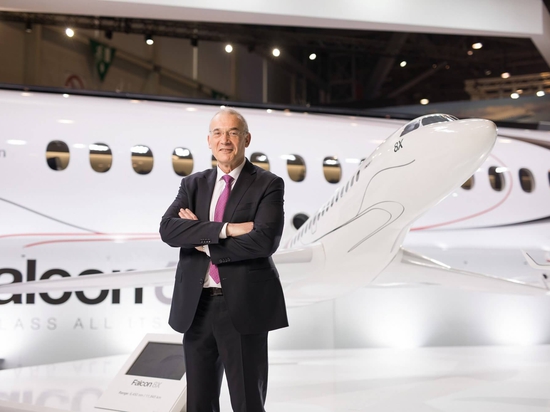