The two companies are working together on a UAV that can stay airborne for a year, providing surveillance, communications and environmental monitoring functions

The Phasa-35 project has been underway since May of last year, and over this period BAE and Prismatic have built two full-scale prototypes with 35m wingspans which are now undergoing systems integration tests at BAE’s facility in Wharton, Lancashire, ahead of planned flight trials early next year. Financial details of the acquisition of Prismatic have not been disclosed, but Paul Brooks, founder and chief executive of the Alton, Hampshire-based company says the transition to a subsidiary of BAE Systems gives his staff access to expertise in systems integration, productionisation and other disciplines that will help the project reach its deployment phase much faster.

Weighing just 150kg, Phasa-35 (Phasa stands for persistent high altitude solar aircraft) is powered by solar panels during the day which charge batteries that run the engines at night. Operating in the upper regions of the Earth’s atmosphere, the aircraft has the potential to deliver 5G network connectivity, as was providing services such as persistent surveillance, and much less than the cost of deploying a satellite.

Such systems are known as HALE (high altitude long endurance) or HAPS (high altitude pseudo-satellite) and are of interest to provide broadband Internet coverage to otherwise unconnected regions, both in rural areas of industrialised countries and in the remote, desert or mountainous regions of less developed nations.BAE Systems noted that in 2018, it spent £1.5bn on R&D, including collaborative projects with UK universities covering subjects such as novel materials, advanced manufacturing, artificial intelligence, air vehicles and avionics testing.

“Working together with Prismatic, we’re pushing technological boundaries to develop a revolutionary solar powered aircraft at an incredibly rapid pace. Our investment in the company will enable us to take this technology into production, with the very real possibility that this aircraft could enter initial operations with customers within 12 months of flight trials,” claimed chief technology officer Nigel Whitehead.

Other aerospace technology projects include development of Reaction Engines’ air-breathing rocket-jet hybrid engine, SABRE, in which BAE is an investor and hopes to revolutionise hypersonic flight; and MAGMA, a flapless drone removed by supersonically blown air. 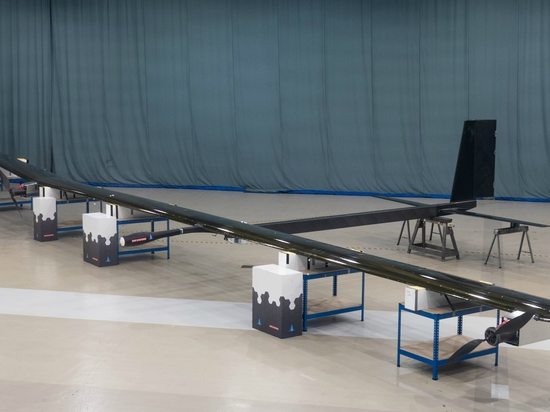