Mitsubishi Aircraft Corporation to establish itself in Quebec

Mitsubishi Aircraft Corporation has announced plans to establish its footprint in the Montreal region of Quebec, Canada.

Having launched the Mitsubishi SpaceJet family of aircraft earlier this year and opened a US headquarters in Renton, Washington, the company is preparing for the next phase of its global growth.

“As a Japanese company with a global market, we are building a strong global presence in order to position the Mitsubishi SpaceJet family for success,” said Hisakazu Mizutani, president, Mitsubishi Aircraft Corporation. “We have great respect for the achievements and capabilities in Quebec and are excited to be here.”

The birthplace of commercial aviation in Canada, Quebec has a long history of innovation and contribution in the regional category of aircraft. As a result, it is a world-renowned aerospace hub and home to leading air and space companies, including some of Mitsubishi Aircraft’s existing partners.

“Our Montreal presence adds to our footprint in major global aerospace hubs, including Nagoya and Washington State,” said Alex Bellamy, chief development officer. “Since introducing our product family in June, we have had an overwhelmingly positive response, and we are intent on building the team that allows us to fully support our airline partners and customers. Quebec is an obvious choice for us.”

In its first year in the Montreal area, Mitsubishi Aircraft Corporation intends to create around 100 jobs focused on certification and entry into service of the Mitsubishi SpaceJet products. The company plans to increase that number in the following years. The office will be located in the Boisbriand area.

“This is an exciting moment for the company,” said Jean-David Scott, vice president, SpaceJet Montreal Center. He added: “I am proud to be a part of the team that is focused on the future of regional aviation and bringing opportunities to the region.”

The company held a recruitment fair in Montreal recently, which invited experienced aerospace professionals with a focus on product development to attend. 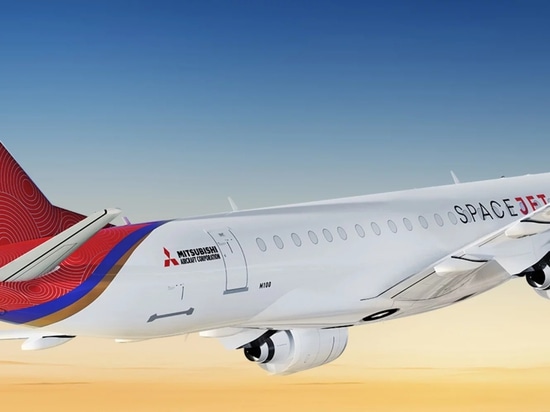