A new standard of flaw detection

OmniScan instruments are recognised globally as the leader in portable phased array ultrasonic testing (PAUT) thanks to their power, reliability and ease of use.

The comprehensive onboard scan plan tool enables users to visualise the inspection, helping reduce the risk of errors. The entire scan plan, including the TFM zone, can be created in one simple workflow. Creating a setup is also faster with improved calibration tools and support for simultaneous probe and beam set configuration, onboard dual linear, matrix and dual matrix array creation and automatic wedge verification.

Certified IP65 dust proof and water resistant, the instrument has the reliability and ease of use that OmniScan flaw detectors are known for combined with high-quality images that help make interpreting flaws more obvious. With the total focusing method, users can produce geometrically correct images to confirm the characterization of flaws identified through conventional phased array techniques and obtain better images throughout the volume of a part. Additional features that enable outstanding images include a 16-bit A-scan, interpolation and smoothing and a vivid 10.6-inch WXGA display that provides clarity and visibility in any light.

The OmniScan X3 flaw detector makes analysis and reporting faster, both onboard the instrument and on a PC. The instrument also comes with a variety of helpful data interpretation tools: 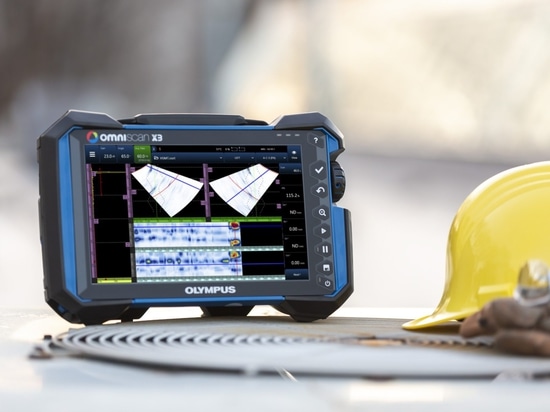