Rolls-Royce Power Systems, a German subsidiary of the gas turbine, aerospace and nuclear giant, is collaborating with Lab1886, an innovation laboratory that is part of Mercedes-Benz, to develop and deploy hydrogen fuel cells for stationary power generation. The units, to be sold under the brand name MTU, are aimed specifically at providing continuous and emergency power for safety-critical applications such as data centres.

The Rolls-Royce unit, whose main focus is high-speed engines and propulsion systems for ships, trains, heavy land vehicles and defence applications such as tanks, already supplies generator sets for such safety-critical applications, but these are currently generally based on diesel engines. It believes that fuel cells might be an alternative which could be more environmentally-friendly as these emit no pollutants during operation, and if the hydrogen is generated using low-carbon electricity the overall emissions to the atmosphere are zero. The company is developing technologies for the manufacture of hydrogen and other synthetic fuels, and has teamed up with Lab1886 because of Mercedes’ expertise in hydrogen-powered electric vehicles. The pilot plant, at Friedrichshsfen, will be based on fuel cells built by Mercedes-Benz Fuel Cell.

“The idea behind the fuel cell is as ingenious as it is simple and we’re all pretty familiar with it. But implementing it in practice can still be a difficult challenge,” said Martin Teigeler, R&D chief of Rolls-Royce Power Systems. “Now that fuel cells have reached series maturity, they’re ready for the commercial market. And we’re delighted to have Lab1886 as our partner, because their technological mindset fits ours perfectly. We’re confident that Mercedes-Benz fuel cell modules have the potential to open up new application possibilities in stationary power generation as well, and that’s our market.”

“Our innovativeness has always been one of the main drivers of our long-term success and cross-industry exchange and collaboration have always been vital to it. We’re delighted to be supporting Rolls-Royce on a pilot project that will bring us closer to a successful energy transition outside the realm of the automobile,” said Susanne Hahn, head of Lab1886 Global.

Power supply issues to data centres hit the news headlines in 2017, when an outage at a British Airways data centre caused a series of highly disruptive flight delays and cancellations. Data centres are now among the highest users of energy worldwide, and according to Rolls-Royce, fuel cells offer a dual advantage with their capability of generating continuous current and a serendipitous coincidence between the outlet temperature of computer system coolant and the inlet temperature of the fuel cell coolant. 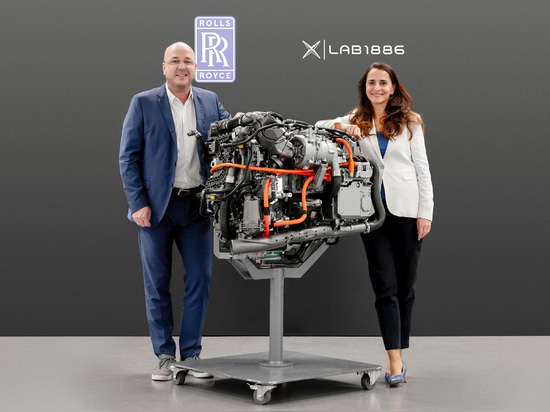