A new airline pilot learns the importance of having options.

Kris Dahlke, a former U.S. Air Force F-16 avionics technician, was 34 when he started flying the line at PSA this past November, a professional move he began working on just two years before at ATP Flight School’s St. Petersburg-Clearwater International Airport (PIE) location, just west of Tampa. But Dahlke’s aviation career actually began many years before when he was a kid, the “military brat” of another U.S. Air Force maintenance technician. “I was always interested in going to the airport when my dad was deployed.” But a career as a professional pilot—that just didn’t come together right away for this Tampa, Florida, native.

“I left the Air Force in 2009 and started doing some contract avionics work for the Department of Defense. Then, in 2015, I got married, and my wife, Shaye, and I had our first baby. I also earned my Airframe & Powerplant certificate.” He started working on Airbus and Boeing airliners at Cleveland Hopkins Airport, never realizing that getting up close and personal with an Airbus was really fueling his desire to fly those same airplanes.

He knew something was beginning to change, though, when in 2016, he began researching flight-training options, just in case he ever decided to take the plunge and learn to fly. Spurring him on were a number of talks he had with a neighbor of his parents in Florida, who’d been flying for American Airlines the past 20 years. “I leaned on him as a mentor, asking if this all sounded good and whether I should begin flight training because I really didn’t know that much about the industry.” That neighbor told Dahlke it was a great time to start flying. And that’s when it hit him. “I enjoyed the mechanical part of aviation, but [realized] I always wanted to fly. My A&P was gratifying to earn, but I wanted to fly, not just turn wrenches.”

By January 2, 2017, Dahlke, his wife and son had moved to the Tampa area so he could begin flight training at ATP Flight School in St. Petersburg, where he also had the advantage of his family nearby for extra support. “I liked the pace of training at ATP as well as their relationships with the regional airlines.” By December 20, 2017, Dahlke, a guy who never backed away from hard work, had earned his final CFI rating. Exactly one year to the day from when he’d started training, January 2, 2018, he began working as a CFI at that same St. Petersburg ATP Flight School location. With just over 1,000 hours in his logbook another year later, Kris Dahlke interviewed with Dayton, Ohio-based PSA. “I had an hour long interview with PSA at the American Airlines training center in Charlotte, and they made me an offer on the spot and even picked a class starting date.” That offer assumed he would continue teaching to earn the remainder of the needed flight time, of course.

Dahlke made the entire interview process sound pretty matter-of-fact, but his past work experience gave him a few ideas on how he wanted to prepare for the all-important interview long before he arrived in Charlotte. “My strategy was to interview with other companies. I wanted to see what they were looking for, so those interviews served as some of my job research.”

Back at ATP, Dahlke shared his multiple-airline-interview idea with other instructors. “Most of them thought it was a pretty good idea.” Each airline offered to follow up after the interview, which they did. In each case, he gathered up the airline information packets post interview and took them home to share with Shaye. “While ultimately it was my decision, she had a big part in the process of comparing and contrasting the differences in benefits and pay.” With a young son at home, Dahlke said his wife has been a tremendous help to him and his career. “Shaye’s a very strong, independent woman. She’s been great at taking care of all the details at home that needed taking care of so I could feel comfortable being away, which I know is hard.”

Just as he was wrapping up the interview process, Dahlke said PSA made the final decision to choose that American Airlines wholly owned airline easy when it raised the FO pay, which is now up to $72,000 for the first year. Also important was the guaranteed flow-through to American down the road. His last day at ATP Flight School in Florida was July 26, 2019, when Dahlke had about 1,490 hours in his logbook. Coupled with simulator time at PSA, he reached the 1,500-hour mark just when he needed it. He began flying the line with PSA on October 28, 2019, and now commutes from Tampa to his base at Washington’s Reagan National Airport.

Thinking about his career to date, Dahlke says: “It was worth all the work, the extra jobs, moving from Cleveland, all the financial sacrifices. I know everyone’s plan for school is a little different, but I wouldn’t have done this any other way. ATP Flight School was well-structured, operates great equipment, and was fast-paced, which worked for an older guy like me. I went from no time in 2017 to professionally flying a regional jet in 2019.”

While he’d only been flying the line a short while when we spoke in November, Dahlke mentioned how excited some of the PSA captains he’d flown with were when they learned he was an A&P mechanic. “They always seem to have plenty of questions that I seem to be able to answer.” 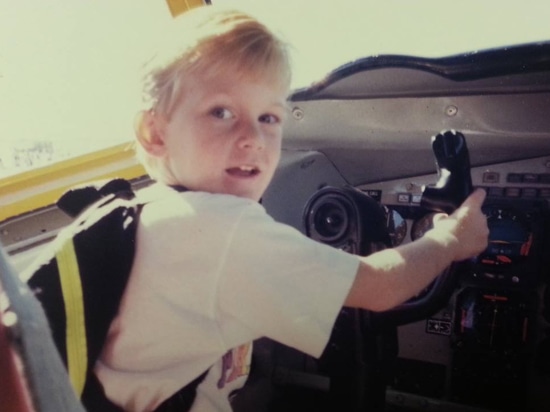 Kris was 34 when he started flying the line at PSA 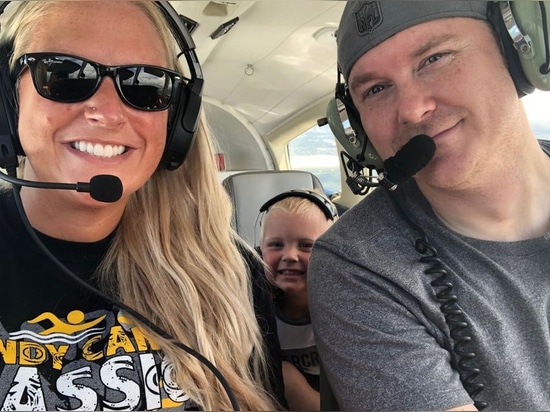 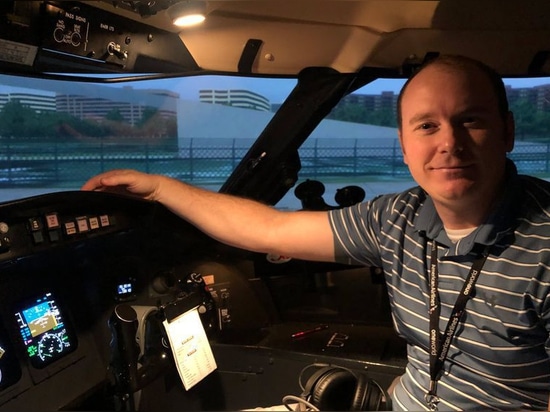