For the sixth time, Mitsubishi Heavy Industries has postponed the first delivery of its regional jet, the SpaceJet, to late 2021 or 2022, according to local media reports.

In January 2017, Mitsubishi had set the fifth postponement to mid-2020 for the entry into service of the Mitsubishi Regional Jet, since renamed SpaceJet. But this deadline will not be met, according to the Japanese public television channel NHK. Instead, the delivery should happen in 2021, at best. The newest delay is reportedly due to a redesign of the electrical system which will require further certifications.

In late November 2019, Mitsubishi Heavy Industries Chief Executive Seiji Izumisawa told Reuters that he “cannot commit” to the mid-2020 hand-off date, thus indirectly confirming speculation of a schedule revision, which has been going on since October 2019. Back then, the company’s spokesperson told AeroTime "there has been no official announcement or comment on our schedule".

Launched in 2008, the SpaceJet was initially expected to enter service in 2013. The maiden flight was carried out in November 2015. Since then, the regional jet has been undergoing tests, including in the United States. But the development and certification process has been taking longer than expected.

Japan’s All Nippon Airways (ANA) is destined to be the launch customer of the aircraft, which has accumulated 287 purchase orders, including 163 firm ones. 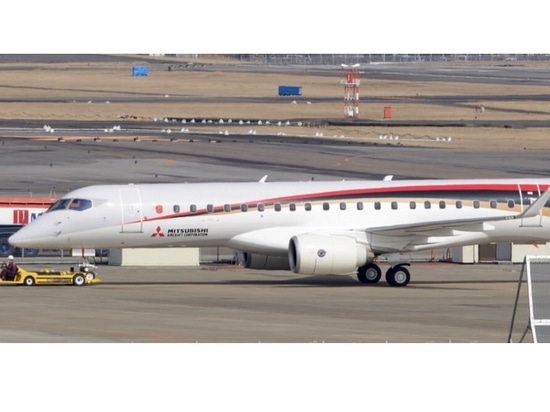