Despite ongoing grounding of the Boeing 737 MAX (associated with a bright future at Ryanair) and underperformance of subsidiary Lauda, Ryanair Holdings reported a €88million profit in the past three months.

The financial result a sharp contrast to €66million loss that the group suffered during the same quarter the previous year.

In the third quarter of the year, Ryanair reduced its Boeing 737 fleet to 360 as its subsidiaries Buzz and Malta Air took over some flight operations for the group, the company has outlined in a statement on February 3, 2020. In November 2019 - January 2020, 67 Boeing 737-800 aircraft were transferred from Ryanair fleet, most of which went to Malta Air, planespotters.net data indicates.

Buzz, the Poland-based subsidiary, grew its fleet from 24 Boeing 737s to 32. The company also began seizing opportunities in Central Europe, namely Prague (the Czech Republic) and Budapest (Hungary), where it has new bases.

In the near future, Buzz fleet is expected to grow further to 50 Boeing 737s, largely to support Ryanair’s schedule operations (at the end of the second quarter, there were 17 aircraft dedicated for the purpose). The number of aircraft used for charter operations remains unchanged at 7.

Ryanair Group’s latest endeavor Malta Air, established in the mid-2019, “continues to grow strongly”, the company states, adding that it has already taken over the group’s French, German, Italian and Maltese bases.

Ryanair purchased Malta Air, which had six aircraft in its fleet at the time, on June 11, 2019. Announcing the investment, Ryanair group planned to increase the airline’s fleet to 10 aircraft within three years, as well as to move other group’s aircraft from bases in France, Italy and Germany onto the Malta AOC.

“Ryanair appreciates the expertise of the Maltese Civil Aviation Directorate (CAD) in licencing Malta Air to operate the B737 aircraft and we look forward to working closely with the Maltese authorities over the coming years as we hope to add over 50 more aircraft to the Maltese register,” Ryanair CEO Michael O’Leary was cited as saying in the company’s statement at the time.

Since then, the group’s plans for Malta Air have grown. The carrier’s fleet currently stands at 71 Boeing 737s (based on planespotters.net data) and is to grow to 120 aircraft by S.20.

Meanwhile, Austrian airline Lauda, acquired in late 2018, is still performing worse than expected. Despite traffic growth (the airline is expected to carry around 6.5 million passengers by the end of the financial year) and high load factors, Lauda “continues to underperform” and its average fares are “well below” those of other Group airlines, is outlined in the statement.

While Ryanair blames intense price competition with Lufthansa subsidiaries in Germany and Austria (presumably Eurowings and Austrian Airlines) for the situation, at Lauda it means more cost cuts, together with an effort to improve penetration on ancillary products. The airline plans to add 15 new Airbus A320s (from 23 to 38), to increase capacity in Vienna (Austria) and a new base in Zadar (Croatia). 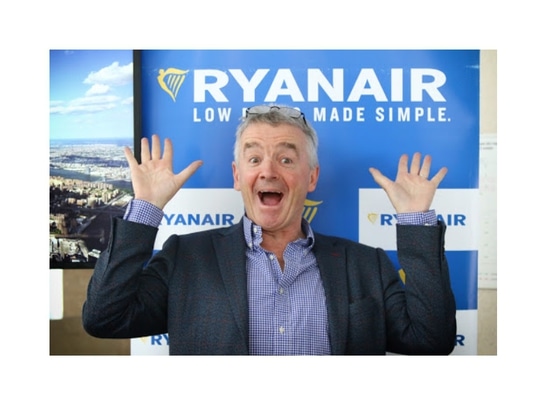