CubeSats can detect nitrogen stress early in the maize growing season, an advance that could let farmers know when and how much nitrogen fertilizer to apply to crops.

This is the conclusion of scientists at the University of Illinois who’ve shown that CubeSats can detect nitrogen stress, which potentially gives farmers an opportunity to plan in-season nitrogen fertilizer applications and alleviate nutrient stress.

“Using this technology, we can possibly see the nitrogen stress early on, before tasseling. That means farmers won’t need to wait until the end of the season to see the impact of their nitrogen application decisions,” said Kaiyu Guan, assistant professor in the Department of Natural Resources and Environmental Sciences at the University of Illinois and principal investigator on a new study published in IEEE Journal of Selected Topics in Applied Earth Observations and Remote Sensing.

Detecting and addressing changes in crop nutrient status in real time helps to avoid crop damage at critical periods and optimises yield. In general, existing satellite technology cannot achieve high spatial resolution and high revisiting frequency. According to the University, drones can detect nutrient status in real time, but they are usually restricted to covering local areas, which limits their utility.

“CubeSats from Planet get down to a 3m resolution and revisit the same location every few days,” Guan said in a statement. “So, right now we can monitor crop nitrogen status in real time for a much broader area than drones.”

Guan and his collaborators tested the capabilities of drones and CubeSats to detect changes in maize chlorophyll content, which is a proxy for the plant’s nitrogen status. The researchers focused on an experimental field in Central Illinois during the 2017 season. Maize in the field was nitrogen-stressed to varying degrees due to multiple nitrogen application rates and timings, including all nitrogen applied at planting, and split applications at several developmental stages.

The analysed field was one of several in a larger study looking at nitrogen rates and timing, set up by Emerson Nafziger, professor emeritus in the Department of Crop Sciences at Illinois and co-author on the study.

“The idea was to see how much effect timing and form of nitrogen fertilizer would have on yield. This study allows an evaluation of how well the imaging could capture yield responses to nitrogen applied at different rates and times,” Nafziger said.

The scientists compared multispectral sensing images from drones and CubeSats, and their signals are claimed to have matched well with tissue nitrogen measurements taken from leaves in the field on a weekly basis. Both technologies were able to detect changes in chlorophyll contents with a similar degree of accuracy and at the same point in the season.

“This information generates timely and actionable insights related to nitrogen stress, and so could provide guidance for additional nitrogen application where it’s needed,” Guan said. 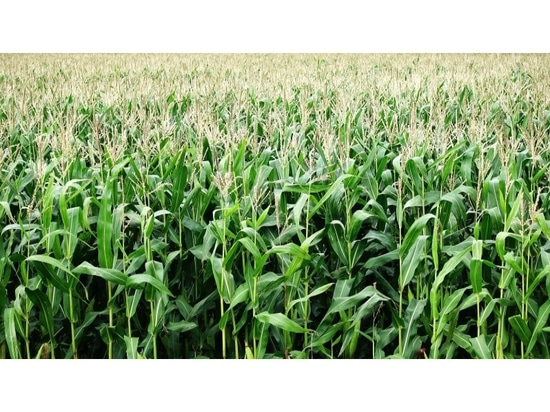