India’s GSAT-30 communication satellite has been successfully placed in its intended orbit after lift-off from Kourou Launch Base, French Guiana.

The GSAT-30 was aboard the launch vehicle Ariane 5 VA-251, along with Eutelsat’s Eutelsat Konnect. It is owned and operated by the Indian Space Research Organisation (ISRO).

The satellite was released from Ariane 5 after 38 minutes 25 seconds into the launch in an elliptical Geosynchronous Transfer Orbit.

The 3,357kg GSAT-30 was inspired by ISRO’s previous satellite INSAT/GSAT series and will replace INSAT-4A, the first in INSAT-4 Satellites series.

Following the separation, the GSAT-30 is controlled and commanded by ISRO’s Master Control Facility (MCF) at Hassan, Karnataka.

The satellite will undergo orbit-raising manoeuvres in the coming days to place it into Geostationary Orbit, 36,000km above the equator.

Two solar arrays and the antenna reflectors of the GSAT-30 will be deployed when the satellite enters the final stages of its orbit-raising manoeuvres followed by the concluding orbital configuration.

The satellite will be ready for commercial operational after completing all in-orbit tests.

Last month, ISRO launched the country’s most advanced surveillance satellite into orbit following its lift-off onboard the PSLV-C48 rocket. 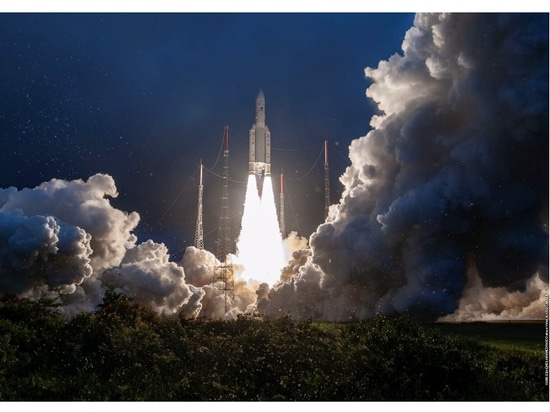