During an Israel Fire and Rescue Authority-led exercise, the HyDrop system was used to extinguish a burning field.

Two of Israeli Fire Fighting Squadron’s Air Tractor aircraft were equipped with the system to conduct the field demonstration.

The HyDrop system features a pellet manufacturing machine, which is capable of producing up to ten tonnes of pellets in an hour. The machine is enclosed in a standard 20ft container.

In addition to being biodegradable, the pallet residues are proven to be harmless. The test also showed it to be safe for the ground crews.

The aircraft flew at a height of up to 500ft, which is more than four times the average standard aerial firefighting altitude.

HyDrop integrates a ballistic computer, a command-and-control (C2) system and advanced display systems of the fighter aircraft to release the liquid pellets stored within.

The C2 unit navigates the aircraft to drop the pallets stored in a specially designed airborne dispenser.

As part of the exercise, the aircraft dropped 1.6t of 140g liquid pellets in a computed ballistic trajectory, hitting the target at 1-2l/m². 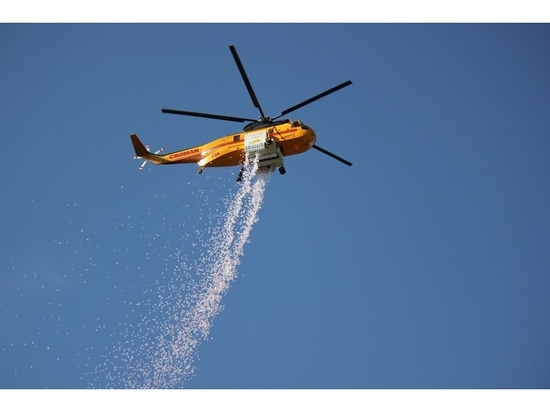