AIESL will provide maintenance, repair, and overhaul (MRO) services for PW1100G-JM engines at its Mumbai facility.

Pratt & Whitney said that the first GTF engine has already arrived at the site.

The MRO partnership will be implemented in phases commencing with engine upgrade and module exchange capabilities.

Pratt & Whitney aftermarket operations vice-president Joe Sylvestro said: “With AIESL performing maintenance on our high-tech GTF engines, we are excited to strengthen our global MRO capacity and capabilities for customers on the ground in India.

“As the demand for air travel grows in India, we look forward to furthering the growth of Indian aviation.”

Currently, three out of five aircraft platforms powered by the GTF engine are already in service.

The aircraft in commercial service includes the Airbus A220, the Airbus A320neo family and Embraer E190-E2.

AIESL CEO HR Jagannath said: “It’s an exciting time for us as we prepare for the GTF engine. AIESL has been engaged in providing engine MRO services to Air India and other operators for over 50 years now.

“Our association with Pratt & Whitney goes back a long time as well. The GTF engine provides us with the opportunity to showcase our capabilities and establish AIESL as one of the premier engine MROs in Asia.”

GTF engines have the capacity to reduce fuel consumption by 16%, nitrogen oxide emissions by 50% and noise footprint by 75%. 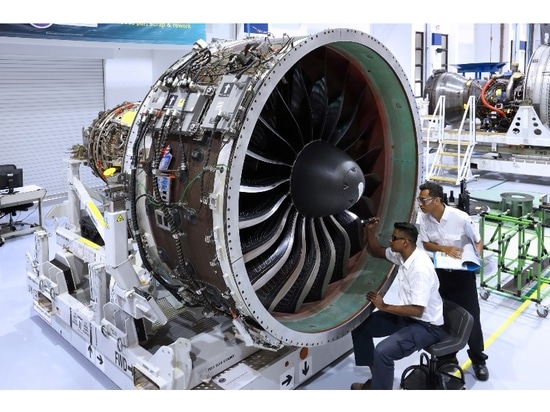 AIESL has performed MRO services for the repair and maintenance of Pratt & Whitney's GTF engine.