India and the U.S. Agree on Major Helicopter Deal

In a productive two-day visit to India, U.S. President Trump said in a joint statement on February 25 with Indian Prime Minister Modi that the two countries had “expanded their defense cooperation with an agreement for India to purchase more than $3 billion of advance military equipment including Apaches and MH-60 Romeo helicopters.”

“These deals will enhance our joint capability,” said Trump, who also referred to his Indian visit as “unforgettable and extraordinary.”

The long-awaited 24 Lockheed Martin/Sikorsky MH-60 Romeo helicopters—with anti-surface, anti-submarine, and search-and-rescue mission capabilities—will be a replacement for the Indian Navy’s 15 aging Sea King anti-submarine helicopters. They will form part of the air wing of the aircraft carrier INS Vikramaditya. The first delivery is expected in two years.

Delivery of six Boeing AH-64E Apache Guardian helicopters for the Indian Army will begin in 2023. To be armed with the M230 Chain Gun, AGM-114 Hellfires, and Stinger air-to-air missiles, the Apaches represent the first time that the army has procured dedicated attack helicopters. A contract for 22 Apaches for the Indian Air Force was signed in 2015, 17 of which have been delivered. The remaining five will arrive by March. Both the army and air force are receiving AH-64Es in a similar configuration.

The Apache sale is a hybrid procurement, a combination of a Direct Commercial Sale (DCS) between Boeing and the Indian defense ministry and a Foreign Military Sale (FMS) between the U.S. and Indian governments. The FMS contract for the Apache includes munitions, training, aircraft certification, and components including engines, electro-optic sensors, and radars. The direct commercial sale portion of the contract primarily consists of the aircraft (minus engines/sensors), logistics support, spares and services. Fuselages and secondary aerostructures for the Army’s Apaches will be manufactured at Tata Boeing Aerospace in Hyderabad.

The Letter of Acceptance (LOA) under the FMS program and the contract between Boeing and the Ministry of Defence are expected to be signed soon, since the validity of the two commercial offers expires in March.

“As we continue to build our defense cooperation, the U.S. looks forward to providing India with some of the best and most feared military equipment on the planet,” Trump said.

However, India has yet to sign the Basic Exchange Cooperation Agreement for Geo-Spatial Cooperation (BECA), for the exchange of geospatial information to enhance the capability of U.S.-supplied platforms used by India. Discussions are ongoing and it is likely to be signed next year, AIN has learned. 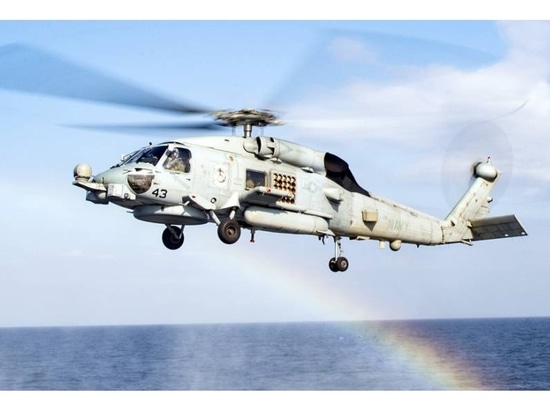 India's navy is finally to get its long-awaited MH-60Rs. The "Romeo" is the U.S. Navy's standard carrierborne helicopter, capable of performing a number of roles. 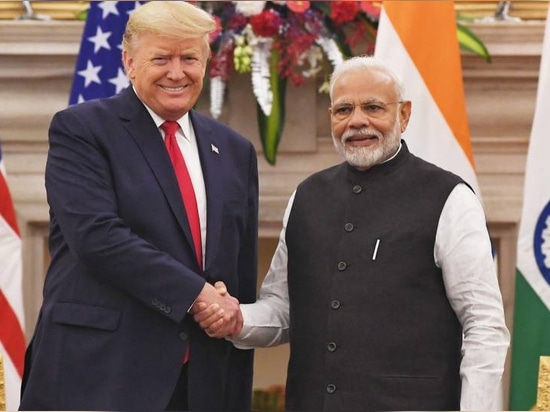