Stans, Switzerland-based Pilatus Aircraft has become the first business jet manufacturer to achieve something many expected would be impossible—certification for rough field operations—for its PC-24 Super Versatile Jet. Since 2018, the bizjet has been certified to land on dry sand and gravel, but complete rough field certification allows the PC-24 to land on additional surfaces, such as grass, wet earth and snow.

The certification, along with the airplane’s short-field performance capabilities, allows the PC-24 to land on nearly twice as many airports around the world compared with competing bizjets, Pilatus says.

“Our PC-24 has proven that it is capable of flying the full range of missions for which it was developed,” said Pilatus chairman Oscar J. Schwenk. “The Royal Flying Doctor Service of Australia and operators in North America or Africa already use rough-field runways on a regular basis, proving just how unique the PC-24 is—that sort of capability is only available with the Pilatus Super Versatile Jet.”

With such an international client base, the company used runways around the world to test its flagship. Flight testing on grass was conducted in Goodwood and Duxford, England; Kunovice, Czech Republic; and Poitiers, France. Wet dirt testing was done in Woodbridge, England, while snow-covered gravel surfaces were tested in Kuujjuaq, Canada.

In addition to this unique certification, the PC-24 allows for single-pilot operations. Powered by two Williams FJ44-4A engines, the PC-24 climbs as high as 45,000 feet, flies as far as 2,000 nm and maintains a wide speed envelope from 82 knots to Mach 0.74. Learn more about the PC-24 here Pilatus also produces the PC-12 NGX, the Porter PC-6 and a variety of high-performance military trainers, all single-engine turboprops. 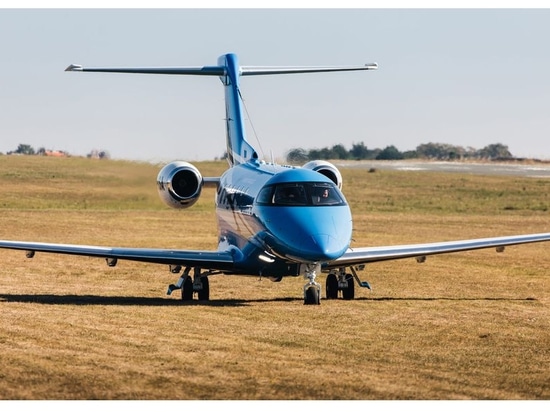 Full rough field certification allows the PC-24 to land on a variety of surfaces including grass.