The Stahr of Aviation Airbrush Artists

There are paint designs for airplanes, and then there are John Stahr’s designs.

If you’ve ever ridden the North 40 tram at EAA AirVenture at Oshkosh out past the Forums buildings and noticed a line of beautiful custom-painted experimental airplanes parked next to each other on the east side of the road just north of the Forums, that was aviation airbrush artist John Stahr’s flying art gallery. With his own incredible American Angel RV-8 as the foundation, the lineup of his numerous custom airbrushed designs on these planes is nothing short of jaw-dropping.

The Experimental Aircraft Association was smart several years ago when Stahr arrived at Oshkosh in his American Angel, as they moved his parking to the front row so the intricate artwork on every surface of the airplane could be seen by more people. And as Stahr painted more experimentals bound for the show, his body of work grew, and now EAA continues to bunch these exquisite airplanes together to draw crowds.

Stahr’s credits his father, an aeronautical engineer, for cultivating his passion for aviation at an early age. He has been a professional artist, designer, and illustrator since 1978 and is an Artist Member of the American Society of Aviation Artists (ASAA) and graduate of the Ringling College of Art and Design in Sarasota, Florida. He currently operates Artistic Aviation out of his studio in Eugene, Oregon.

When you look at just a small sampling of his body of work, it is evident that if the owner can dream it, Stahr can paint it on their airplane. There’s the “Stars and Stripes” Van’s RV-8 with stars that were airbrushed to look like they were stitched on, an RV-7 painted in pearlescent colors to mimic the Hawaiian humuhumunukunukuāpuaʻa fish, a Global Express private jet with a custom airbrushed 25’ wave cresting on the tail, and a past Sun ’N Fun Reserve Grand Champion kitbuilt winner featuring mermaids for nose art, a manta ray on its belly, whales, dolphins and reef fish on the wings, a clipper ship on the tail…and even a scene of a sunken Japanese Zero on the fuselage. Since 1983, Stahr has designed and custom painted over 100 experimental aircraft and dozens of business jets and turboprops, along with motor coaches, tractor-trailer rigs and hundreds of tow vehicles, custom cars, and motorcycles.

Possibly one of Stahr’s masterworks is Mark Holt’s Millenium Phenom, an Embraer Phenom 100 with a StarWars/Star Trek/Back to the Future theme that has consistently drawn crowds to Boeing Plaza at AirVenture. “Mark told me that he feels like he is bolting across the sky like Luke Skywalker or Han Solo in the airplane,” Stahr said. “The detail of the tail art morphs the Phenom fuselage with the X-wing Starfighter on one side and the Millennium Falcon on the other side. Painting the tiny elements of artwork on the rest of the airplane such as the Flux Capacitor from the DeLorean in Back to the Future just took smaller tools and smaller painting strokes…sometimes utilizing tiny brushes and other art tools like ink or colored pencils.”

This summer marks the 25th anniversary of the Vans RV-8, and EAA is expecting hundreds of the make and model to gather and celebrate the milestone. Stahr’s American Angel will be on display as will many of his other custom designs. The same goes for the Sun N’ Fun Fly-In on March 31 to April 5, when an RV-7A Stahr painted in a NASA Saturn 5 rocket theme will be on display. 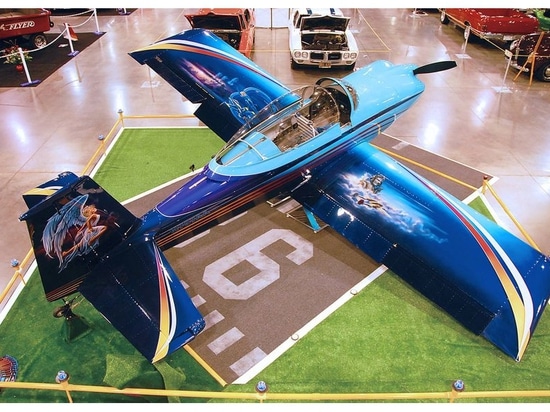 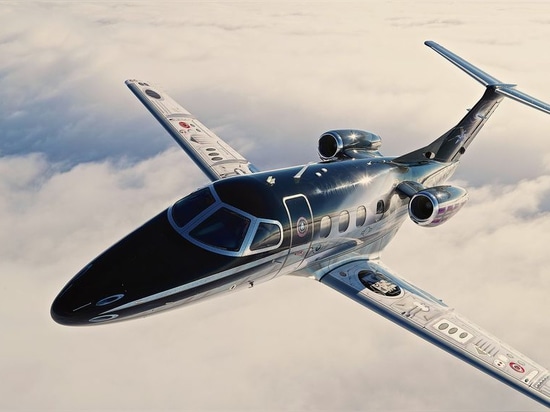 One of John Stahr’s designs that always draws a crowd is the Star Wars-themed Millenium Phenom business jet. 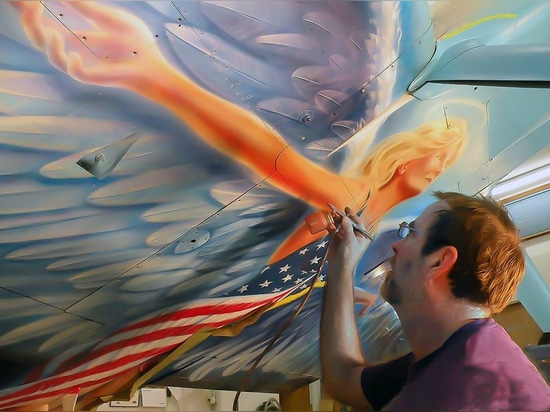 John Stahr airbrushing details on the “belly angel” of his RV-8 American Angel.