LABACE 2020 Delayed but Not Canceled

“[LABACE] will take place in 2020, but on a later date” due to the Covid-19 crisis, fair organizer Brazilian general aviation association ABAG said this week.

It hopes to move forward with Latin America’s biggest business aviation event but stressed the decision is preliminary and the new dates still undetermined. This year’s fair, originally scheduled from August 11 to 13, was expected to celebrate Brazil’s recovery from its longest modern recession.

The event has been delayed before—the 2016 Olympics pushed LABACE to early September. And show exhibitors and attendees are accustomed to fair details being finalized late, which might be an advantage since the rescheduled date will depend on the battle against Covid-19.

Availability of the Congonhas Airport venue is also uncertain, but ABAG has since late 2018 quietly worked for runway resistance certification and instrument procedures for São Paulo’s other downtown airport, Campo de Marte, so that it too can host LABACE.

For now, ABAG has concentrated efforts on mitigating the effects of the Covid-19 crisis on the general aviation sector instead of planning for LABACE. Brazilian aviation agency ANAC has extended the validity of licenses and other certifications expiring through the end of June and waived required safety meetings. ABAG has also opened a WhatsApp channel for members to relate “needs and difficulties, especially those that can be addressed by government actions.” 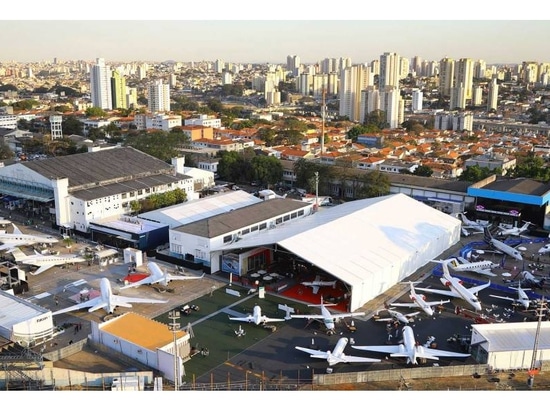