With more companies offering aircraft disinfection services amid the Covid-19 crisis, Aviation Clean Air (ACA) has seen a surge in demand for the airborne and ground-use sanitization systems it developed.

While the ground unit, produced in cooperation with International Aero Engineering, just made its debut in March and is already featured as the cornerstone of many aircraft disinfection programs, the company installed its first airborne unit in 2014 via STC on a Falcon 2000. Today, it has hundreds in service worldwide on aircraft ranging from Leonardo helicopters to Boeing BBJs.

Both units use electricity to create charged ions from hydrogen and oxygen atoms present in water vapor. Those ions have a propensity to cluster around viruses, bacteria, mold spores, and other pathogens in the air and on surfaces, and the ions immediately kill the pathogens, according to the company. Other benefits to the patented maintenance- and chemical-free system include the elimination of any odors on board and the reduction of static electricity.

Compared to the installed version, which draws power from the aircraft’s electrical system, the new Ion Distribution ground unit is completely portable, weighing 22 pounds, and comes with a 25-foot 110-VAC power cord and ground plug. Depending on the size of the aircraft, full decontamination takes between one and two hours.

“It’s gratifying to be able to deliver an effective solution that meets the critical need aircraft operators and ground facilities have to provide a safe and healthy environment,” said ACA managing member Jonathan Hackney. “We will continue to do what is necessary to ensure we have the capacity to fulfill customers’ orders.” 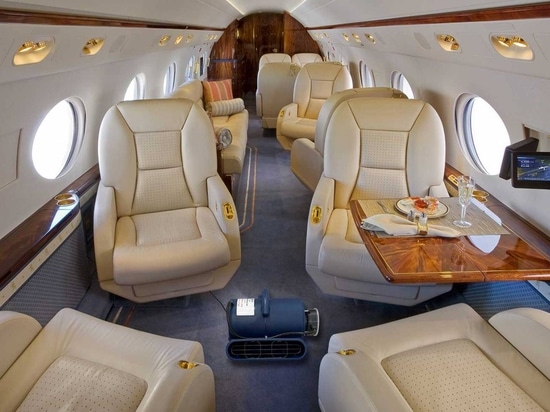 The Ion Distribution Unit for ground use is a follow-on to the installed aircraft air purification system designed by Aviation Clean Air and International Aero Engineering. According to the manufacturers, the system generates charged ions to kill harmful pathogens during an up to two-hour process, without the use of chemicals or ozone.