The green fields of south-central Iowa create a smooth tapestry over which to fly—and Robert L. Taylor found his home a great place to restore and celebrate the classic aircraft he loved. Taylor, of Ottumwa, Iowa, founded the Antique Airplane Association in the Summer of 1953, taking out a classified advertisement in the September 1953 issue of Flying calling for like-minded pilots interested in “Flying Restoration and Photography of old aircraft” to join the newly minted group at $1 per year. He had 12 takers—breaking even on the $12 cost of the ad.

Taylor passed away on June 20, 2020, only 12 days ahead of his 96th birthday. While he had stepped down from leading the AAA, he remained its chief in spirit and on the board of directors. Based at Antique Airfield (IA27), an expansive grass strip near Blakesburg, Iowa, AAA continues under the guidance of Taylor’s son, Brent, who serves as its executive director and treasurer of the Airpower Museum, also located at the airport in Blakesburg.

“Bob,” as friends knew him, served in the US Army Air Force in World War II, and the Air Force in Korea—but when at home he ran the FBOs at Ottumwa along with other local airports. In 1954, the first AAA fly-in was held there, with the airfield at IA27 established in 1970. The annual AAA/APM Invitational Fly-In is still on for 2020, from September 2 to 7, and a celebration of Taylor’s life and contributions to the care and flying of vintage aircraft is planned for that event.

A remembrance of Taylor is posted on the Antique Airfield’s Facebook page. 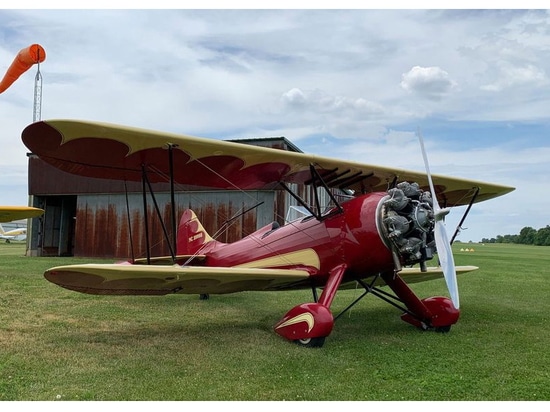 Classic aircraft such as this Waco UPF-7 were Taylor’s lifelong passion. 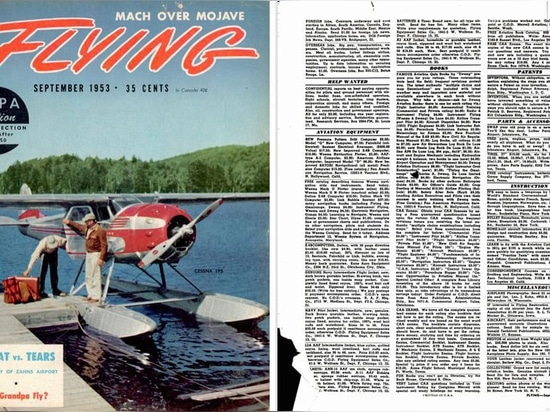 The September 1953 issue of Flying Magazine featured a classified ad for what would become the Antique Airplane Association.