NASA Announces 2020 Invention and Software of the Year Awards

Establishing a sustainable presence on the Moon, preparing for crewed missions to Mars, exploring the cosmos, and innovating how society travels by air requires new technologies and software.

Each year, through its Inventions and Contributions Board, NASA recognizes the efforts of its engineers, software developers, and collaborative partners by awarding Invention of the Year and Software of the Year awards.

NASA’s 2020 Software of the Year is the core Flight System developed at NASA’s Goddard Space Flight Center in Greenbelt, Maryland.

“At NASA, we believe technology drives exploration, and our talented innovators are key to our continued leadership in space and technology. Each year we evaluate our inventions based on how they’ve benefitted NASA and other industries and recognize the great people behind the technologies,” said Douglas Terrier, NASA’s chief technologist. “The technologies we recognize with this year’s awards will have lasting impacts on the way we transport goods, build cars and space stations, and enable audacious missions to accomplish NASA’s most ambitious goals.”

Traditional air traffic management relies on a central body (like the Federal Aviation Administration) to manage and control the airspace. The innovative, cloud-based UAS Traffic Management, or UTM system, allows for distributed airspace management where private companies collaborate to maintain a safe and accessible environment. The vehicles can detect other drones in the area, share flight paths, and monitor weather and terrain conditions. The vehicles can transmit their purpose, so monitoring teams are aware of all low-altitude airspace entities.

This new system will allow for the growth of the UAV airspace while keeping both vehicles and people safe.

The RoboGlove is essentially a soft exoskeleton glove – inspired by NASA’s Robonaut humanoid robot – that provides a power assist to workers who operate tools for extended periods, or who operate tools that require repetitive motions, such as automobile workers on assembly lines. The glove offers 15-20 pounds of extra force and, in short bursts, up to 50 pounds. This allows workers to use a lighter grip for the most demanding tasks and reduces strain on muscles and ligaments.

NASA has not used the technology in space yet, but it’s being commercialized as “IronHand” by Bioservo Technologies in Sweden. “There are about $1 million in orders for IronHand,” said Ron Diftler, the previous project manager for Robonaut at Johnson when RoboGlove was created. “It shows that technology developed with NASA very keenly in mind also can spread around the world and help people on the ground.”

The benefits do not end at the assembly line. The glove can also be used for many other applications, including the construction industry, shipping warehouses, and medical and rehabilitation clinics to help people recover from injuries and assist those who battle chronic diseases.

The device also showed promise for use by NASA during a ground test with a high-fidelity spacesuit glove. Spacewalking astronauts grip tools, handrails, and large pieces of machinery during the time inside their spacesuits. While microgravity allows the astronauts to move thousands of pounds with just their pinky finger, gripping objects is more difficult. Spacesuits and gloves are pressurized to survive the harsh conditions of space. While gripping the tools and equipment, astronauts must work against that pressure.

“The benefits include mitigating fatigue, but the spacesuit RoboGlove also provides increased grip strength compared to a non-actuated spacesuit glove. The second-generation design essentially provided power steering of a glove’s fingers to reduce the amount of effort,” said Jonathan Rogers, deputy chief of the Robotic Systems Technology Branch at Johnson, who served as the project manager for RoboGlove from 2015 to 2017. “To use RoboGlove in space, the design must be further matured and tested.”

An “App Store” for Space Missions

The core Flight System (cFS) software framework created an “App Store” or digital distribution platform environment for space missions. The cFS creates an open platform of reusable software applications that allow for collaboration, sharing, innovation, and commercialization. But unlike other frameworks, the cFS is written with the reliability and process rigor required for human spaceflight, while also being scalable and accessible for other less rigorous uses, such as student projects.

Elements of NASA’s Artemis missions to the Moon, Earth-observing satellites, CubeSats, and autonomous vehicles on Earth could all use the cFS. Almost any embedded flight or ground system can use the cFS and take advantage of the flight quality code base and an active open source community.

Projects can browse and select existing processor platforms, operating systems, software tools, and applications from the cFS to implement their mission. This plug and play approach can significantly save money and time and reduce risk. Projects can then focus on mission-specific applications and chose to share any applications or updates back to the cFS open source community worldwide. Once written, an application can be used on any supported platform and operating system.

With the cFS, NASA created a free open source software system that allows NASA centers, government agencies, industry, academia, and international partners to collaborate and develop interoperable systems to push the boundaries in exploration and science.

About NASA’s Invention and Software of the Year Awards

NASA’s Invention of the Year and Software of the Year awards recognize the best innovations developed by the NASA team. The Inventions and Contributions Board evaluates the nominations (for the software award a panel of software experts provide the board input), and winners are selected and recommended to the award sponsors for concurrence.

For more information about the Inventions and Contributions Board, visit: 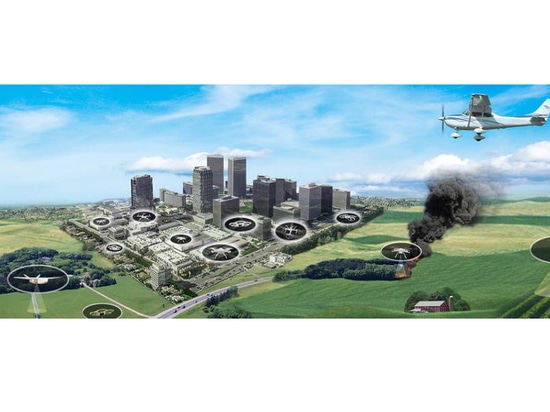 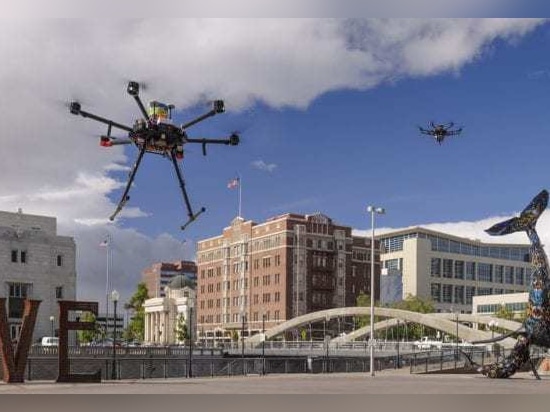 Drones in flight in downtown Reno, Nevada, during shakedown tests for NASA's Unmanned Aircraft Systems Traffic Management project, or UTM. The final phase of flight tests, known as Technical Capability Level 4, runs from May through August 2019 and is studying how the UTM system can integrate drones into urban areas. 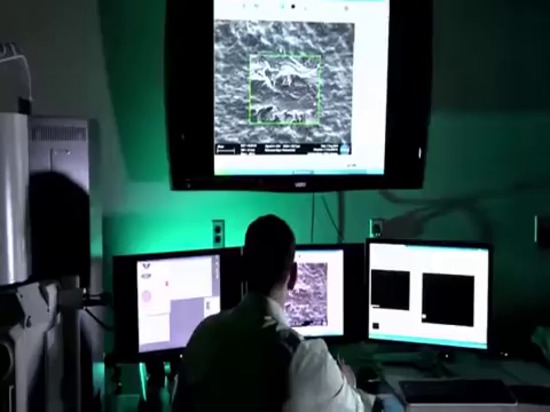 Researchers at the NASA Johnson Space Center in collaboration with General Motors have designed and developed Robo-Glove, a wearable human grasp assist device, to help reduce the grasping force needed to operate tools for an extended time or for repetitive motion tasks. This wearable device allows the user to tightly grip tools and other items for longer periods of time without experiencing muscle discomfort or strain. The Robo-Glove also has potential applications in prosthetic devices, rehabilitation aids, and people with impaired or limited arm and hand muscle strength.