The Ninety-Nines Inducts A New President

Pilot Corbi Bulluck was installed virtually during the annual convention.

The Ninety-Nines International Organization of Women Pilots has inducted its new president, Corbi Bulluck, in a virtual ceremony at the 90-year-old organization’s annual convention in July. The convention was planned to take place in Long Beach, California, but the in-person event was cancelled because of the COVID-19 pandemic. Bullock takes over from Jan McKenzie, now immediate past president.

Bulluck is a retired professional pilot and member of The Ninety-Nines’ Kitty Hawk Chapter, who flew for Atlantic Southeast Airlines for six years, ending as a captain on the Embraer EMB-120. She then flew for 20 years for the North Carolina Department of Transportation as its first woman pilot. She still flies as a contract pilot for the state. Bulluck owns a Piper Dakota, and she has participated in five recent Air Race Classic air races, with three top-10 finishes and a first-place title in 2019. She’s logged more than 10,000 hours.

The Ninety-Nines is the oldest international women pilots group, formed in November 1929. 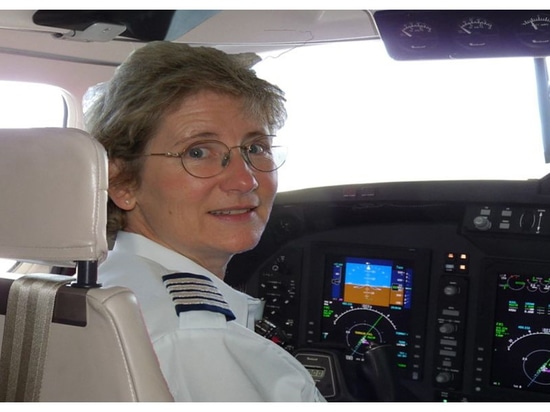 Veteran pilot Corbi Bulluck takes over leadership of The Ninety Nines, Inc.
*Prices are pre-tax. They exclude delivery charges and customs duties and do not include additional charges for installation or activation options. Prices are indicative only and may vary by country, with changes to the cost of raw materials and exchange rates.
Compare
Remove all
Compare up to 10 products