PPG has announced that its aerospace business in Australia collaborated with AMDA Foundation Limited and Aviat Global to revitalise a piece of Royal Australian Air Force (RAAF) history – a Canberra Bomber aircraft (serial number A84-232).

Built at the Government Aircraft Factory (GAF) in Avalon in 1956, A84-232 served with the No. 2 RAAF Squadron as part of the 35th Tactical Fighter Squadron, US 7th Air Force, from August 1967 to June 1971. From 1971 to 1972, the aircraft was one of six Canberra Bombers to be modified for aerial survey work, carrying on this role until it was retired from service in 1982. The aircraft was later issued back to the GAF for restoration and eventual display.

In June 1985, A84-232 was placed on display in the main entrance of the GAF factory at Avalon Airport, where it remained for the next 35 years. Since 2010, the aircraft has undergone a number of restorations and requires continuous upkeep to ensure that it is maintained to a presentable standard.

“The upcoming 2021 Australian International Airshow coincides with the 100th anniversary of RAAF,” said Mick Jennings, AMDA Foundation head of aviation services. “Given the significance of this event, coupled with the important role that the Canberra Bomber played throughout RAAF’s history, we decided to complete a professional refurbishment of A84-232 with the help of companies like PPG, which supplies paints and coatings to Aviat Global.”

The six-month restoration project began in December 2019 within the very hangar where A84-232 was built in 1956. Jennings provided Aviat Global with the original drawings and colour references for the aircraft. PPG supplied a combined 120 litres of DESOPRIME HS CA7700 primer with ‘B’ Activator and DESOTHANE HS CA8000 polyurethane topcoats in a colour palette of extra dark sea grey, olive drab and black.

“The robust application properties of PPG’s CA7700 primer and CA8000 topcoat series made them the ideal products for the Canberra Bomber A84-232 repaint,” said Glen Brabant, Aviat Global MRO general manager. “PPG’s manufacturing capabilities in Australia and ability to accommodate special requests like this one are two of the many reasons why we chose to partner with the company on the restoration project.”

Andrew Arena, PPG commercial account manager, Australia and New Zealand, aerospace, added: “Having the opportunity to partner with AMDA Foundation Limited, Aviat Global and others to restore this priceless piece of Australian history is truly an honour. We are thrilled that PPG’s aerospace coatings will protect and beautify A84-232 for years to come.” 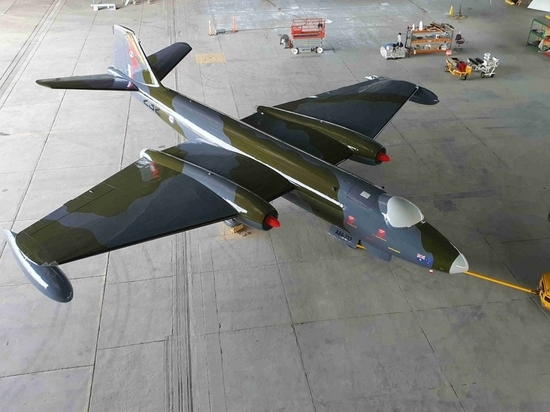 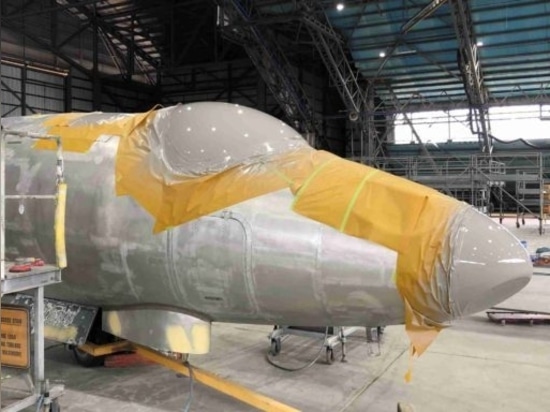