Award was based on work surrounding Garmin’s Autoland system.

A quick bit of history: Captain Iven C. Kincheloe—an Air Force test pilot back in the 1950s—was the first to climb a research aircraft above 100,000 feet, eventually peaking at 126,200 feet. He died in 1958 following an accident in an F-104. It’s in his honor that the Iven C. Kincheloe Award for exceptional contributions to aerospace was created, an annual award now bestowed by the Society of Experimental Test Pilots (SETP).

Carr graduated from the University of Kansas with a B.S. in Aerospace Engineering, and he also holds an M.S. in Aviation Human Factors, as well as a law degree. Prior to Garmin, Carr was a senior engineering test pilot at Beech Aircraft and Raytheon Aircraft in Wichita. With more than 42 years of experience as a test pilot, Carr has served at Garmin for the past 17 years, having worked on certification for the G1000 and G5000 integrated flight decks, the GFC 700 autopilot, Synthetic Vision Technology (SVT) and Garmin’s Electronic Stability and Protection (ESP). His flight experience spans 192 different aircraft types ranging from gliders to four-engine jets with more than 12,000 hours as pilot-in-command (PIC) and more than 5,000 hours logged in the conduct of experimental flight tests. 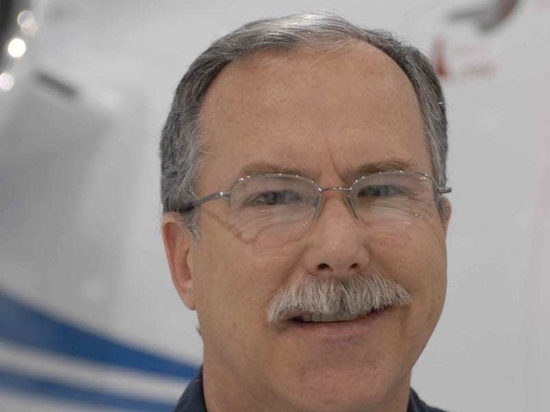 Tom Carr has worked at Garmin for 17 years.