An approachable aircraft with lively performance—when you know its limitations

When you venture into the world of airplane ownership and evaluate different aircraft models for purchase, it quickly becomes clear that each offers various combinations of strengths and weaknesses. Some have outstanding payload at the expense of increased fuel burn. Some are capable of accessing very short runways at the expense of cruise speed. But very few offer the unique blend of qualities of the Cessna Skycatcher.

For the price of limited useful load and expensive, difficult-to-find replacement parts, the Skycatcher provides an airframe and engine that are less than 10 years old with reasonably sporty performance and modern avionics. Here, we explore these trade-offs and evaluate the ownership experience.

The Skycatcher story is an interesting footnote in general aviation history. Introduced in 2007 as a modern, low-cost airplane for training and personal use that adhered to the then-new light-sport aircraft category, it attracted more than 1,000 orders before the first delivery took place in 2009.

With an ever-aging fleet of 150s and 152s, private individuals and flight schools alike were attracted to the concept of an updated two-seat Cessna with more cabin space, modernized avionics, proven product support and a target price of less than $100,000.

At that time, the market appeared to be ripe for such an aircraft, and the 162 appeared to be poised to fill the void perfectly. And because it was certified as an LSA, it could be flown by sport pilots without a medical certificate. But for a number of reasons, it is considered to have been a failure in the general aviation marketplace.

By most accounts, this was primarily because of two closely related factors: failure to meet the original target price and the decision to assemble the aircraft in China. While Textron Aviation (then Cessna) thought the latter would enable them to sell more airplanes by tapping into the Asian market, this never happened, and the existing US market was forced to absorb costs that it would have otherwise never incurred. Engines, for example, had to be shipped from the US manufacturer to China for installation before the complete airplanes could then be shipped back to the US.

In order to maintain acceptable profit margins while such logistical expenses added up, Cessna was forced to raise the Skycatcher’s price accordingly, from an original target of $100,000 to a final price of $149,000. Buyers were soured by both the price increase as well as the decision to assemble the aircraft in China, and orders were canceled in droves. Ultimately, Cessna ended up building and selling 275 airplanes before canceling the program entirely.

As of this writing, nine Skycatchers were listed for sale in various places in the US. All but one was built in 2011. The average airframe and engine time of those listed was approximately 850 hours, and asking prices ranged from $39,500 to $69,950, with an average price of $53,950.

Among the examples listed for sale, only two had been upgraded with ADS-B. This is a significant concern when shopping for a 162 because the only ADS-B solution that has been approved by Textron Aviation at this time—the Garmin GDL 82—is an expensive one.

The GDL 82 itself lists for $1,795, and multiple owners surveyed reported a total bill of $5,000 to $8,000 for parts and installation. Such an expense must be taken into account when purchasing a Skycatcher without ADS-B, and the prices of unequipped examples will likely be affected accordingly.

Though the Skycatcher shares similar general dimensions and layouts as the familiar 150/152, those similarities begin to fade as soon as you reach for the door handle. Entry to the cabin is easy because the wing strut is positioned behind the cabin door, so occupants are able to enter and exit the cabin without having to step over the main gear. This configuration creates less of a natural barrier between occupants and the propeller, however, so it’s particularly important to shut the engine down before allowing anyone to enter or exit the cabin.

The doors themselves swing upward, making entry easier still. Early on, however, many door latches failed, causing the door to pop open in flight. This isn’t typically a problem in most airplanes; traditional forward-hinged doors only actually open a few inches in flight. In the case of the Skycatcher, however, the gull-wing doors catch the wind, blow open and become damaged beyond repair.

Cessna later offered a secondary door-latch modification to prevent this from occurring. It proved to be a good investment, with multiple owners reporting being quoted a staggering $5,000 for a replacement door from Textron Aviation.

Settling into the cockpit, it quickly becomes clear you’re in a modern airplane. Gone are the antiquated greens, oranges and tans from the 1960s and ’70s vintage trainers. In their place is a stripped-down, utilitarian interior, completely devoid of any extraneous trim or upholstery. The floor and walls of the cabin are more reminiscent of a high-quality fishing boat, with rivets, lightening holes and a durable, anti-slip paint visible in absence of any carpet or molding.

This minimalistic interior is intended to lighten the airframe as much as possible and enable the airplane to meet the strict maximum LSA weight limit of 1,320 pounds. While not unpleasant to look at, the interior is devoid of any extraneous comforts such as heat and sound insulation. This becomes very apparent on cold days because any throttle setting below maximum cruise results in a very chilly cabin temperature. Applying carb heat further robs you of cabin heat, making winter pattern work in colder climates a very chilly experience.

Fortunately, the generous cabin width provides some space for warm jackets. Compared to a 150, the Skycatcher provides an additional 8.6 inches of width at the shoulders. The cabin is even a full 4 inches wider than a Cessna 172N.

The Skycatcher doesn’t do much better in particularly hot climates. Neither side window opens, leaving the two wing root vents tasked with cooling the entire cabin.

The instrument panel is very clean and modern, with the Garmin G300 taking the place of traditional analog instruments. When it comes to training, pilots starting out with this avionics suite will find the transition to the G1000 to be a smooth one.

Because the flight instruments are all found within the G300′s primary flight display, a total electrical failure—possible, though certainly uncommon—could leave the pilot landing without an instrument-based airspeed reference. A good checkout in the airplane should include flying an approach without referencing the G300, to practice landing the airplane using its significant aerodynamic, aural and visual cues. The experience is not unlike landing an old Piper Cub.

Also notable are the control sticks. Combining design aspects of both sticks and yokes (and thus earning the nickname “stokes”), they feel much like a traditional control stick but are attached to the underside of the control panel rather than the floor.

This design frees up leg space, and most pilots find it to be an easy, intuitive transition from standard yokes. An electric trim switch is mounted atop each stick. The Skycatcher has no manual trim, and trim position is indicated on the PFD.

While the Skycatcher’s low weight creates some compromises in certain areas, it provides significant improvements in others. Like many LSAs, it can be a handful to fly in gusty, bumpy conditions. But that low weight also provides noticeably better takeoff-and-climb performance compared to a 150 with the same engine. The takeoff ground roll is 13 percent, or 95 feet shorter at 640 feet, and owners report takeoff rolls of approximately 300 feet when flying solo at light weights.

Skycatcher owners report good handling qualities in flight, with no ill manners or unexpected traits noted. Both power-off and power-on stalls are benign and predictable, and occur without the sudden wing drop that is present in many 150s or 152s.

These refined handling qualities and flight characteristics reflect Cessna’s thorough testing and certification process. Though approved as an LSA, the airplane went through similar testing and processes as it would have if it had been built and sold as a standard category aircraft—completing a total of 533 spins during the program. Accordingly, it lacks any bad traits or idiosyncrasies that sometimes haunt other LSAs.

Pilots who are accustomed to making full-stall landings in a 150 or 152 will find that the Skycatcher has less tail clearance in the flare, and is thus more susceptible to tail strikes, particularly in gusty conditions. This is an airplane that rewards a flatter approach, good airspeed control and a less aggressive flare. To get a feel for the sight picture, you can sit in the left seat on the ground while another pilot positions the tail in the landing attitude.

Cessna’s weight-saving measures are apparent in various places, from the manual flaps operated by a bar between the seats to the free castering nosewheel, which requires the application of brakes during taxiing.

Overall, the Skycatcher is considered a lively, fun-to-fly airplane. While the lighter weight can make it more of a handful in gusty, bumpy conditions, owners describe it as a very enjoyable and sporty airplane to fly.

Overwhelmingly, Skycatcher owners caution that the cost and rarity of replacement parts is the most significant concern when it comes to ownership. Airframe parts can be expensive and difficult to find, and because of the small fleet size, no organized owner group exists where parts and expertise can be swapped. Partially offsetting this concern is the ubiquitous Continental O-200 engine, for which parts and expertise are widespread and plentiful.

The happiest owners are those based in temperate climates, because of the aforementioned lack of cabin insulation and ventilation.

Overall, Skycatcher owners truly enjoy flying an airplane that’s only 10 years old, devoid of many issues that are commonplace among the aging fleet of 50- to 60-year-old alternatives. They describe how spouses and friends who are otherwise nervous fliers are put at ease by the relatively new Skycatcher.

Only recently have Skycatcher prices decreased into the $40,000 range, and while the aforementioned ADS-B expense must be taken into account, few options provide such a new airframe and modern avionics for the price. If you can live with the compromises, the Skycatcher offers a very unique and intriguing balance of qualities. 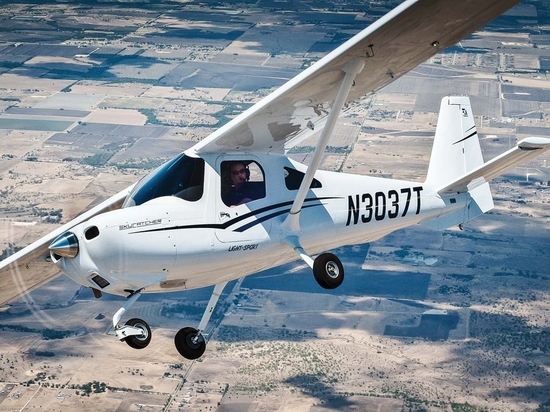 The Skycatcher responds readily to pilot input, making it fun to maneuver. 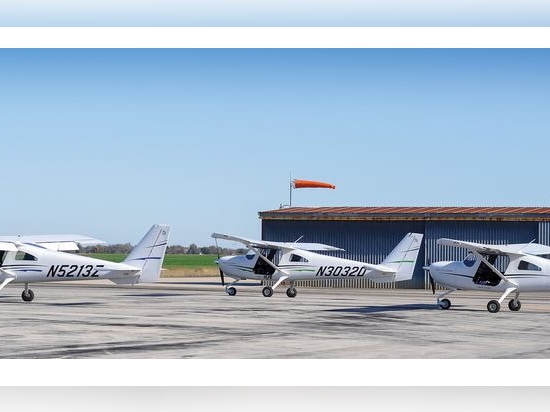 The 162 was often part of a fleet purchase for flight schools, where many remain online. 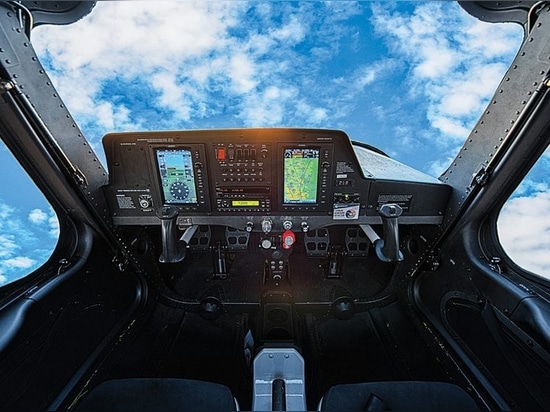 The 162’s panel is minimalist, with the highly capable Garmin G300.