The French manufacturer celebrates with the rollout of a TBM 940.

Some airplane models never reach 100 units—and few turboprops have reached the milestone that Daher celebrated on September 21, with the rollout of TBM number 1,000. The TBM 940 will be delivered to a US-based customer, James A. Hislop, an event marked during a grand ceremony at the Daher headquarters in Tarbes, France. Daher acquired the product line 10 years ago—and the company has now manufactured more than half of the total TBMs in the fleet.

“The Daher group and its employees take particular pride in reaching the TBM’s 1,000 mark,” said Didier Kayat, CEO of Daher. “We have made significant investment since integrating the TBM into Daher’s business portfolio, and now it is a major asset for our overall industrial activity.”

Nicolas Chabbert, senior vice president of Daher’s Aircraft Division, said, “Looking ahead to the next 1,000 TBMs, we maintain our firm commitment to continue delivering aircraft that provide the optimum combination of speed and operational efficiency for owners and operators, along with the highest levels of safety and protection for pilots, families and passengers.”

The TBM series debuted in the 1980s as a collaboration between Tarbes-based Socata and the Mooney Airplane Company in Kerrville, Texas—as an offshoot of the Mooney 301. The original TBM 700 entered the market in 1990 powered by the Pratt & Whitney PT6A-64 engine (700 hp). The TBM 850 evolved the line with an upgrade to the more powerful PT6A-66 (850 hp in flight). The current TBM 940 was introduced in March 2019, with autothrottles and the ability to accommodate the Garmin Autoland system, which was approved in the summer of 2020. 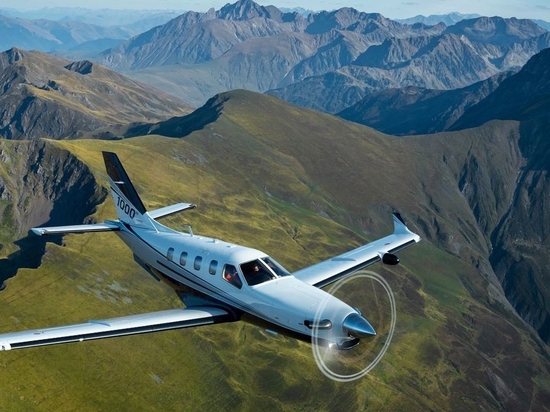 There are now 1,000 TBM variants that have delivered overall—and this one, a TBM 940, went to US-based customer James Hislop.