The modified Traveller is aimed at both government and private operators.

Tecnam has announced a special missions version of its P2012 Traveller piston twin, designated the Sentinel SMP, aimed at both government and private organizations around the globe. The model follows in the path of the P2006 Twin SMP, with additional payload, observation stations, and FIKI (flight into known icing) approval.

The Sentinel SMP will wear the cloak common to surveillance operations, clad in “air-superiority grey” with a black vertical stabilizer and custom logo. The P2012 features operational characteristics well suited to short- and medium-range special missions, with a maximum takeoff weight of 3,680 kg (roughly 8,100 lbs) and 9 hours of endurance carrying up to six 90 kg (198 lbs) crewmembers, sensor operators and observer personnel.

The layout of the P2012 means the engine exhaust stays clear of the observation field of view for the sensors—which Tecnam worked with L3 Harris to implement for the platform. The Wescam MX series Electro Optical Sensors are optimized for law-enforcement use. The Sentinel can carry one Wescam MX-10, MX-15 or MX-20 turret, and other mission sensors such as a SAR Radar, which will provide the P2012 SMP with the capabilities normally ascribed to CS/FAR 25 platforms at a fraction of those acquisition and operating costs.

Giovanni Pascale Langer, Tecnam managing director, said, “Tecnam is very proud to expand the Special Mission Platform offer with a high-performance but still cost-efficient solution to the market. Here at Tecnam, we all recognize the importance of providing a high-capability platform that will allow our customers to perform aerial surveys and mapping as well as protect borders, save lives, and detect criminal operations. Our effort has been focused on the development of a system with higher-class capabilities at a fraction of their acquisition price, making such vital services accessible to those countries and operators that simply couldn’t afford them before.” The P2012 Traveller won a 2020 Editors Choice Award from Flying. 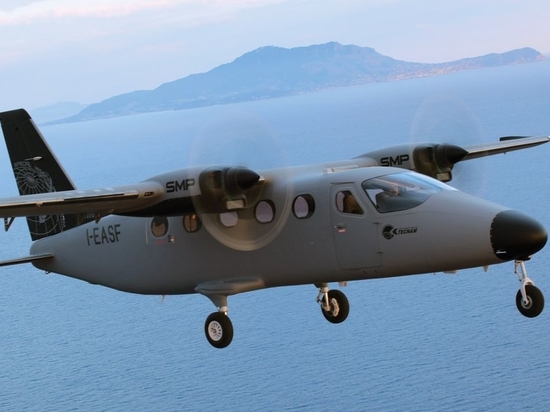 The Sentinel SMP takes the P2012—optimized for regional airlines—and turns it into an efficient surveillance platform.