Named XB-1, the supersonic demonstrator is designed and developed by a team consisting of industry experts with support from major suppliers.

XB-1 will be put through a 100% carbon-neutral flight test programme and is expected to conduct its maiden flight next year.

“XB-1 is an important milestone towards the development of our commercial airliner, Overture, making sustainable supersonic flight mainstream and fostering human connection.”

The 71ft-long fuselage is designed for high-speed aerodynamic efficiency, while the airframe is made of carbon to maintain strength and rigidity.

According to Boom, the aircraft has a ‘high-efficiency civil supersonic engine intake ever tested’.

Additionally, the aircraft is powered with three J85-15 engines, designed by General Electric to provide more than 12,000lb of thrust.

It is also equipped with a high-resolution video camera and cockpit display to offer pilots a virtual view through the nose.

In July this year, Boom Supersonic revealed its plans to host a virtual rollout event for its supersonic XB-1 demonstrator on 7 October.

Following the rollout, XB-1 will complete its ongoing, extensive ground test programme. The aircraft will move to Mojave, California, US, for flight test next year. 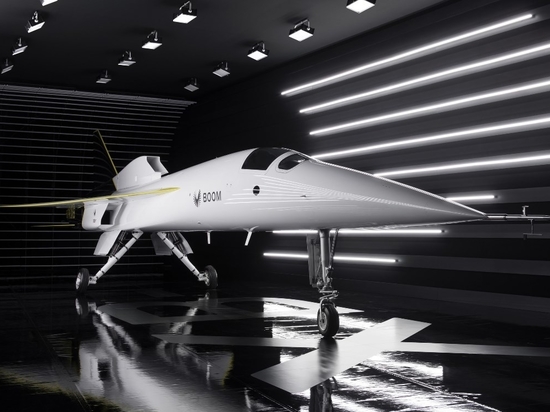