US regional carrier Alaska Airlines has revealed that it is ordering 23 more 737-9 aircraft from Boeing.

With the latest agreement, Alaska Airlines’ total order for 737 MAX including the options for 52 reach 120.

Equipped with the latest fuel-efficient engines and improved aerodynamics, the new aircraft will reduce fuel usage by 20% and emissions by 20% a seat compared with the original Next-Generation 737.

The 178-seat aircraft comes in a three-class configuration and can fly 3,550nm, which is 600 miles more than its predecessor.

Alaska Air Group CEO Brad Tilden said: “We are extremely proud to be announcing this transformative agreement with Boeing.

“We believe in this airplane, we believe in our strong partnership with Boeing, and we believe in the future of Alaska Airlines and the incredible opportunities ahead as we climb our way out of this pandemic.”

Based in Seattle, Alaska Airlines flies 166 older Boeing 737s and 71 Airbus A320-family aircraft in its fleet.

Orders for the aircraft follow as the US Federal Aviation Administration (FAA), along with various aviation organisations, including the European Union Aviation Safety Agency (EASA), lifted the 737 operation suspension order following safety reviews.

The aircraft has been temporarily grounded since March 2019, following two fatal crashes Indonesia and Ethiopia that claimed 346 lives.

Earlier this month, European budget airline Ryanair placed a lifeline order for 75 Boeing 737 MAX jets, which are worth up to £6.7bn. 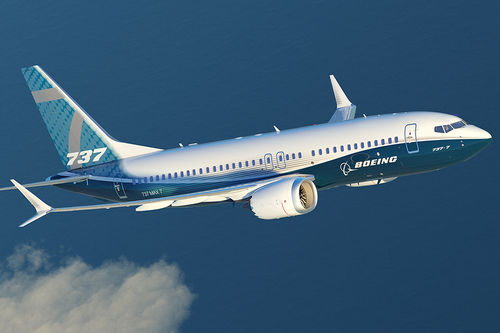