Less than a week after handing over its 1,000th Cessna Citation 560XL, Textron Aviation today said it delivered its 600th Cessna CJ3-series twinjet to an undisclosed North American customer. The Model 525B series includes the CJ3 and CJ3+.

“Since joining the Citation family, the Citation CJ3 series has proven to be an incredible performer for customers around the world with the connectivity, price, range, and efficient operation that puts it at the top of its category,” said Textron Aviation senior v-p of global sales and flight operations Lannie O’Bannion. “The CJ3+ remains a strong performer due to its versatility as Covid-19 limitations have prompted customers to look for alternatives to commercial travel.”

Equipped with Garmin G3000 avionics and powered by two Williams FJ44-3A turbofan engines, the CJ3+ has maximum seating for nine passengers and up to 1,000 pounds of baggage. NBAA IFR range is 2,040 nm.

The CJ3 is part of the CitationJet family of single-pilot twinjets and was introduced to the market at NBAA 2002, followed by FAA type certification and first delivery in 2004. The CJ3+ was first delivered in 2014. 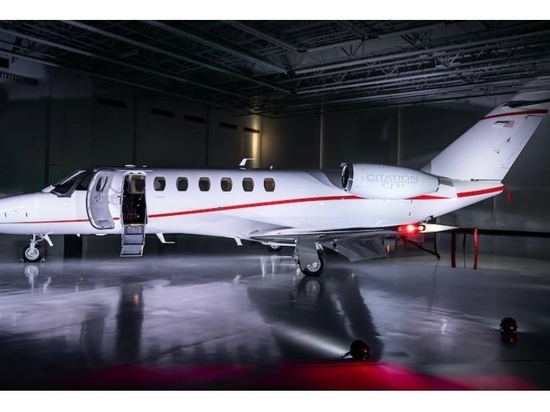