What Can We Expect for the U.S. Space Program in the Next 4 Years?

With a nationwide focus on battling the COVID-19 pandemic and facilitating an economic recovery, space enthusiasts have been on the edge of their seats: in a time of widespread crisis, what will happen to the U.S. space program under the new administration? Here’s what we know.

Under President Biden, space policy could pivot from an outward to inward-focus with more Earth-observation missions, including the GOES (Geostationary Operational Environmental Satellite) program. Satellites of this type provide vital climate-related data, tracking carbon emissions and monitoring deforestation and environmental disasters such as oil spills.

What about NASA’s mission to return human astronauts to the Moon by 2024? Since the end of Apollo in the mid-1970s, the trend has shifted away from human exploration of space towards robotic missions. But the Artemis program has changed that. Human spaceflight is bigger, flashier, more difficult, more dangerous, and much more expensive, but it’s also a lot more aspirational and excites the public imagination.

Commentators generally appear to agree that Artemis will probably be pushed back for two reasons:

The 2024 target is looking increasingly unlikely, with Congress giving NASA only a quarter of the funding the agency requested for its Human Landing System (HLS) program. This alone makes the 2024 landing near-impossible to achieve.

Artemis funding may be diverted to climate-related Earth observation.

Artemis seems unlikely to be canceled. While he was on the campaign trail in May 2020, Biden released a statement that supported human exploration, saying, “As president, I look forward to leading a bold space program that will continue to send astronaut heroes to expand our exploration and scientific frontiers.”

While a human mission to the Moon by 2024 may be delayed, the Artemis program’s goal to put boots on Mars by 2033 seems more unlikely. An independent report by the Science and Technology Policy Institute concluded that a 2033 human mission to Mars is not feasible. The Biden administration, which has frequently described itself as science-led and “following the science,” may therefore choose to be realistic rather than aspirational in its Mars ambitions.

The day Biden was declared winner of the 2020 election, Jim Bridenstine announced he would be stepping down as NASA chief, telling reporters: “The right question here is ‘What’s in the best interest of NASA as an agency, and what’s in the best interest of America’s exploration program?’ For that, what you need is somebody who has a close relationship with the president of the United States. You need somebody who is trusted by the administration.”

Although Bridenstine was an unusual choice for the role (he was the first appointee from a political background), he proved to be a popular and capable administrator. It was speculated that the next NASA chief would come from a scientific background — and that the role might be filled by the agency’s first female administrator. A Space.com article speculated that the new appointee would be chosen from the NASA transition team, with possibilities including:

On March 19, 2021, Biden said that he intended to nominate Senator Bill Nelson for the role of NASA chief. In 1986, as a sitting member of Congress, Nelson spent close to a week aboard the Columbia space shuttle. More recently, he championed NASA’s Space Launch System (SLS), a heavy-lift Moon rocket.

“Most every piece of space and science law has had his imprint,” read the press release from the White House.

What About Space Force?

Space Force, a new military branch created in December 2019 to protect U.S. interests in space, seems to be here to stay.

White House Press Secretary Jen Psaki told reporters in February 2021 that Space Force “has the full support of the Biden administration,” and called the growing security challenge in space a bipartisan issue.

Psaki pointed out that Biden could not disband Space Force even if he wanted to, as eliminating the military branch would require an act of Congress.

Two factors that cannot be ignored by the Biden administration are the rapidly growing role of private companies in space exploration and the rise of the Chinese space program.

Take the human mission to Mars: while NASA’s 2033 target for landing on Mars seems in doubt, Elon Musk is highly confident SpaceX will land humans on the red planet by 2026. And SpaceX isn’t the only player; Blue Origin (Bezos), Virgin Galactic, United Launch Alliance (Lockheed Martin and Boeing), and several other companies will continue to push the limits of space exploration even if NASA languishes under Biden.

But the situation isn’t NASA vs the private sector. Under Bridenstine, NASA entered into successful partnerships with private enterprises to work together on several programs, including Artemis.

Finally, there’s the threat of foreign competition. The golden age of U.S. spaceflight was undeniably spurred on by the threat of the Soviet Union, with the Apollo 11 landing providing a much-needed Cold War victory after the USSR put the first satellite in space and the first human in orbit. Today, with China focused on winning the new space race, it’s unlikely that Biden or any other future administration would fail to respond if it seems likely that Chinese astronauts will reach Mars first. 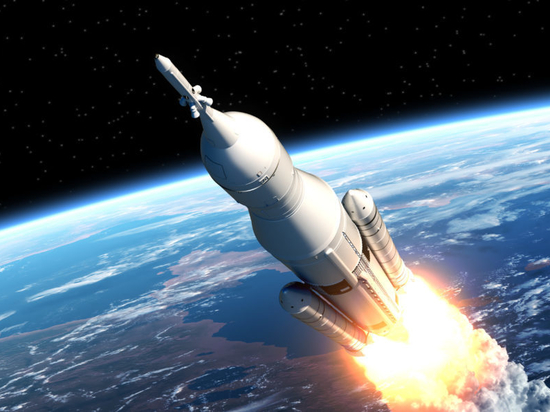