Rolls-Royce has delivered the generator and related power electronics for its 2.5-MW Power Generation System 1 (PGS1) demonstrator from the company’s facility in Trondheim, Norway, to the newly renovated Testbed 108 in Bristol, UK

The relocation of the propulsion system, which is intended to power regional airliners, followed what the aero engines group called an extensive development test program in an announcement on Thursday.

The generator can be applied to hybrid-electric propulsion systems or be used as part of a “more-electric” system for larger aircraft. PGS1—considered the most powerful hybrid-electric aero power and propulsion system developed to date for aerospace applications—accounts for an important part of Rolls-Royce’s sustainability strategy, which includes developing innovative electrical power and propulsion systems, as well as further improving gas turbine performance and promoting the use of sustainable aviation fuels.

“Our generator is about the size of a beer keg but it needs to produce enough electricity to continuously power around 2,500 homes,” said Adam Newman, Rolls-Royce's chief design engineer for Aviation Futures. “That is breaking new ground in terms of what is physically possible.”

The generator can apply to either hybrid-electric propulsion systems or as part of a “more-electric” system for larger aircraft. Once ground tested, PGS1 will provide a technology basis for any future hybrid aircraft program requiring megawatt class power, said Rolls. 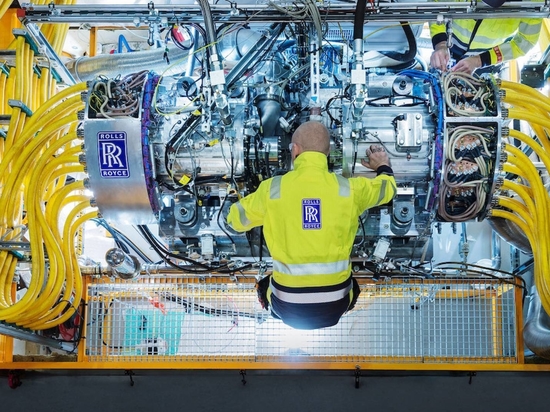