Urban Aeronautics has raised $10 million toward the company’s next funding round for its wingless air taxi concept, CityHawk, the company announced on Sept. 14.

The funding comes on the heels of a successful test flight of the company’s demonstrator aircraft in July.

“This is kind of the first step within the $100 million round that we're raising,” Haran Ben-Eliahou, vice president of business development, told Aviation Today. “We’re working with financial institutions and banks to be able to raise these funds...The next funding round that we just took the very first step on will allow us not only ramp up in terms of engineering and marketing and finding the right partners but also start building the first prototypes.”

The CityHawk is an aircraft without wings. It uses a full-enclosed fancraft rotor system to fly. Urban Aeronautics is betting that this unique design will lend well to the aircraft’s intended purpose of being used for city transit or emergency response transport.

“There's a very unique characteristic to the design because it doesn't have the wings or the exposed rotors, and in that respect, we really feel that this is the right tool to fly into cities,” Ben-Eliahou said. “When you bring in all of the limitations of size and places where vehicles could land, if you really want to bring that promise to save people time, you need to bring them closer to their final destination...The small form factor with the safety characteristic of our vehicle can allow this to bring the promise. This is what goes into this unique design. This is why it, it looks like it looks, and it will fly like nothing else.”

The CityHawk will also not be following the electric air taxi route and instead be powered by hydrogen fuel cells. Urban Aeronautics has partnered with Hypoint to develop this technology. Ben-Eliahou said the decision to go with hydrogen was made because they believe batteries will not provide enough power for their weight capacity.

“When we look at the future and we understand the possibilities of going into an urban environment, you have to go away from combustion engines or jet fuel engines into electric vehicles,” Ben-Eliahou said. “For us, batteries are not sufficient in power compared to the weight. So, the vehicle just won't take off if you put the necessary batteries for the power needs. In aviation, as you know, everything is about you give away some weight in turn to gain some more performance and you always play with this challenge. Hydrogen just gives you a greater promise in terms of range and ease of use...it's just the next generation of aviation fuel for large aircraft and also small.”

Urban Aeronautics is currently testing its aircraft with a jet engine but will begin testing with a hydrogen fuel cell in 2022, Ben-Eliahou said. The company is planning to have its first production-ready prototypes by 2024. 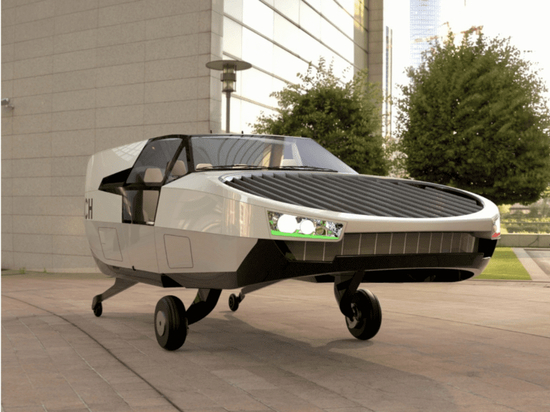