Thales recently began the earliest stages of a flight testing campaign of what the Toulouse-based avionics maker describes as its first "cloud-native" avionics suite, FlytX, using a modified Cabri helicopter.

The Cabri's flight testing campaign is using a single-screen version of FlytX to help develop the next generation avionics system that has already been selected by Airbus Helicopters and the French Defence Procurement Agency (DGA) to equip the Guépard, a future light joint helicopter, as well as by VR-Technologies for the future single-turbine light helicopter, VRT500. In emailed comments to Avionics International, a representative for Thales based in Toulouse confirmed the company is taking a two-step approach to developing what will become their first avionics computing systems that are natively connected to external aviation systems.

FlytX is the avionics suite first unveiled by Thales in 2019 as a modular touchscreen-centric system built on the concept of virtualizing communications, navigation and surveillance systems by giving them native or embedded data sharing access to cloud and ground-based aviation systems. Computing and processing for FlytX is embedded directly into the one-to-four display configuration of the system, eliminating the need for separate avionics computers—as the display is now the computer.

"Indeed FlytX is a cloud-native avionics suite. Today, thanks to FlytX, the pilot is able to display and interact with his connected [Electronic Flight Bag] EFB directly on the avionics screen," a representative for Thales said in an emailed statement to Avionics. "In a second step, FlytX will be directly connected in a cyber-secured way to external systems in order to use data from the open world in the cockpit itself."

Another major focus within the development of FlytX is keep its architecture customizable, crew-centric and natively collected to a digital cloud where data for specific aircraft types and routes are available on a per-flight basis.

On the Cabri flight-testing campaign, Thales is using a 15-inch FlytX screen that is connected to the helicopter's sensors and navigation systems, feeding data and information back to the display’s embedded processing system. Flight testing instrumentation connected to the display has been modified to simulate the configuration of a larger helicopter, such as the Guépard, Thales confirmed.

A team of engineers and pilots assigned to the Cabri flight testing campaign have been tasked with making "short-loop adjustments to improve the performance and maturity of the system before its integration on these first customer programmes," according to a Sept. 6 press release. One of the key objectives of the flight tests is to validate the core native cloud computing elements of FlytX.

"The open world function is indeed being assessed," the representative for Thales said.

The single-screen version of FlytX being flight-tested in the Cabri replicates what will be featured on the VRT500, which is projected to enter into service by 2023. Thales is also pursuing the adaptation of FlytX to fixed-wing aircraft in the near future.

"This is part of the FlytX roadmap," the company said via email. "We have engaged discussion with aircraft manufacturers to introduce all the benefits of latest generation suite for fixed wing aircraft." 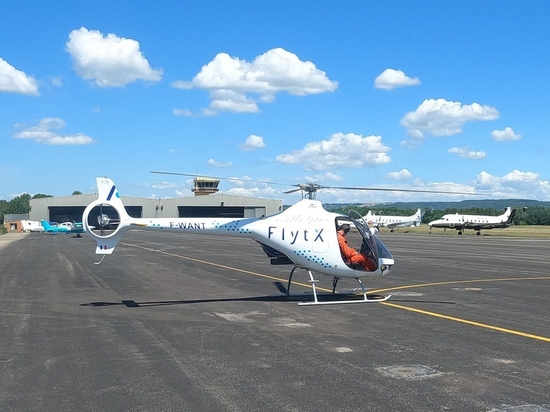 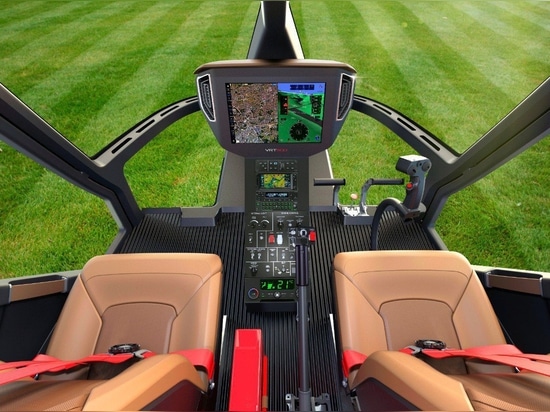 An image provided by Thales showing the FlytX cockpit avionics configuration for the VR-500.
*Prices are pre-tax. They exclude delivery charges and customs duties and do not include additional charges for installation or activation options. Prices are indicative only and may vary by country, with changes to the cost of raw materials and exchange rates.
Compare
Remove all
Compare up to 10 products