As a former manufacturing engineer previously employed by a well-known multinational defence company, I can remember the old days where there used to be a certain element of ‘over the wall’ engineering when it came to assembling products. This is not to say it was a bad thing, but there was always the overriding feeling that with a bit of prior collaboration and consultation between various departments, a more efficient method of doing the job could often be found.

Ultimately, any operator tasked with actually building the product is in the best position to provide constructive feedback on what works, and what doesn’t. But what might have previously been a one-to-one collaborative approach - where production issues were finally rectified on the shopfloor - can be rolled out earlier in the process, not only to the departments involved, but to your extended supply chain partners too.

This has been the case at BAE Systems, where the Eurofighter Typhoon’s UK production line has being transformed through the introduction of new technology and effective collaborations throughout the company’s teams and its key suppliers. It’s an approach which has been exemplified by the way the project teams have driven these changes forward by sharing their ideas and thoughts on how the tasks they undertake can be made easier.

Change is in the air

The old days of unwieldy 2D paper drawings and text-heavy instructions that would rival a weighty novel have been replaced by new 3D animated work instructions, augmented reality (AR), projected work instructions and use of headsets, which are all being harnessed by BAE Systems to help drive further efficiencies. Clearly, there is need to adapt to the world of digitalisation, and according to BAE, this need for change is being driven by a focus on export programmes for Typhoon with a variation of production rates and requirements.

“In order to remain competitive, we are investing in technologies and techniques that support the operators and help them to do their jobs in order to increase efficiency,” begins BAE Systems’ assembly team lead for airframe technology delivery, Martin Knott. “This is just as important, as it looks at the development of a future combat air system for the UK. We’re embracing digital techniques across current and future programmes to ensure we remain competitive and to increase our ability to be adaptable in a constantly changing world.

“If you look at Typhoon production as an example, the technologies introduced to help drive that efficiency include an intelligent workstation and more recently a smart gantry system which features a projection system that live-tracks a part and guides the operator to the correct positioning requirements. The use of tablet technology, headset technology and AR are being brought together to make things clearer for the production line worker and more intuitive to understand.”

Much of the transformation that is happening at BAE is being born on the shopfloor, with apprentices and time-served operators working together in developing, testing and also getting feedback which can be used to further hone the technology. This collaborative approach can also be seen in the close working relationship that exists with specialist suppliers in a range of areas, from AR to IT security.

“The project has its roots in BAE System’s ‘Factory of the Future’ initiative, where technologies are developed and often implemented in other areas of the business,” Knott continues. “This shift in culture and an increasing realisation that we must look to exploit existing technologies - perhaps even from other industries - is at the heart of this transformative approach.”

The specific changes being driven forward on the project include smart gantry systems and the introduction of headset technologies - both examples of changes that have been driven directly by the engineers and operators that work in this environment every day.

“It’s a constantly evolving process and we will continue to make changes based on the feedback we get from the operators, from the engineers and the technology companies we’re working with. A new overhead smart gantry system has been installed to make airframe assembly more efficient. Equipped with projectors that can live-track the build of avionic trays for the Typhoon aircraft, the gantry helps guide the operator in the process they are carrying out.”

Designed for larger parts in the Typhoon aircraft assembly process, the gantry builds on the successful introduction of the intelligent workstation developed with the AMRC and extends the team ability to use technology on larger scale components and assemblies.

“Traditionally, operators had to use 2D drawings or refer to written instructions, explaining where to drill a hole for instance. The gantry projector system puts that information right in front of them as a projection - actually on the part as well as with 3D animations on integrated touchscreens. It may also be colour coded, again to make things easier for the person carrying out the task.

“Headset technology has been introduced to assist workers operating in confined, tight spaces on the Typhoon airframe. A task that has not been made any less difficult by the continuing need to refer to drawings and written instructions. The headsets allow the fitter or electrician to work ‘hands-free’, with the information they need projected in front of them or overlayed onto the ‘real world’. The labels they need to put in place as part of the process are overlayed, so they don’t need to keep continually referring back to drawings making the task easier and quicker.”

“FCS provides the ‘brainpower’ - the systems that connect multiple systems and technologies together. Working together first on the intelligent workstation and then the smart gantry system, FCS provided the systems know-how to enable integration with BAE Systems’ digital work instructions and other collaborative technologies, including an optical projection system to assist the user by highlighting specific assembly steps that are being referred to within the current instructions, e.g. fastener installations.

“The FCS-designed software ensures that the different systems in operation are compatible and connected, whilst meeting the security requirements for military standard production. Working collaboratively with FCS’s supply chain including Lyndhurst Precision Engineering who provide the physical frame/rig and French projection systems specialists Diota, the smart gantry system was installed in 2020.

“FCS’ applications director, Oliver Mangham describes the company as a ‘broker of information’, managing the data flow between systems, qualifying the processes and ensuring the end result is a fully-integrated system. Their expertise could find applications in all sorts of industries. The shift to using more and more data to drive manufacturing means that much more is achievable as a remote team. The latest gantry project was successfully delivered as a virtual collaborative project given the restrictions imposed by the pandemic and was installed within schedule.”

Knott goes on to say that honest feedback received from operators has been vital in ensuring the technology is of help to them in their roles and is delivering efficiencies.

“All the teams we’ve been involved with have been really good in working with the technologies to see how they can be of real benefit. It has been a collaborative approach with everyone on board. We’ve been told when things aren’t working as well as they could be - and that is really important. People must be comfortable with the technology and confident that it is benefiting them. When operators start using the technology and we begin to get the feedback, that’s when the project becomes really exciting; you find out whether what you have spent months developing is going to work.”

No doubt, the technologies introduced will continue to be improved upon. So, going forward, what possible future innovations are planned that will extend the use of these technologies right the way through the production facility?

“Factory of the Future is an experimental manufacturing facility we have developed at our Warton facility to develop and demonstrate all kinds of technologies that can assist and improve the way we approach manufacturing,” Knott concludes. “Where we see potential to apply those technologies and capabilities into current production we will seek to do just that.

“To date, several ideas developed in our factory have delivered benefits back into current production, and we also see that happening in reverse, taking inspiration from what we’re doing in Typhoon for example to help guide thinking for the future factory.” 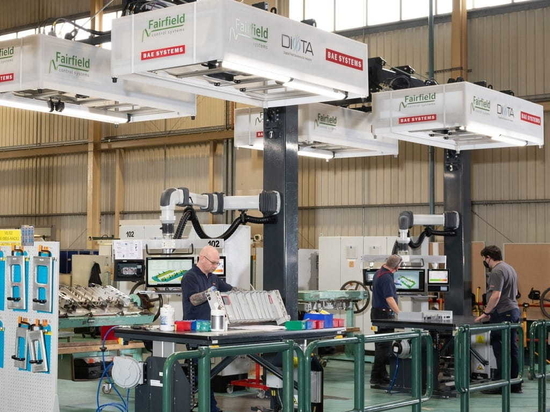 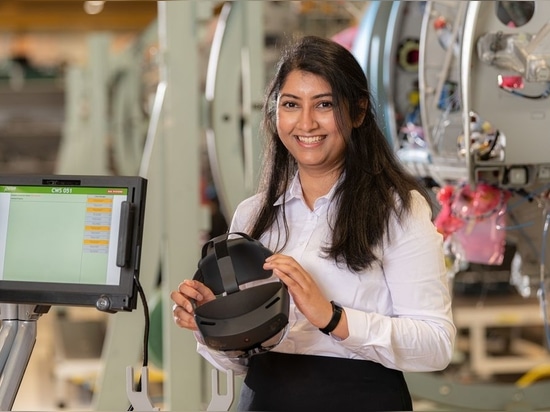 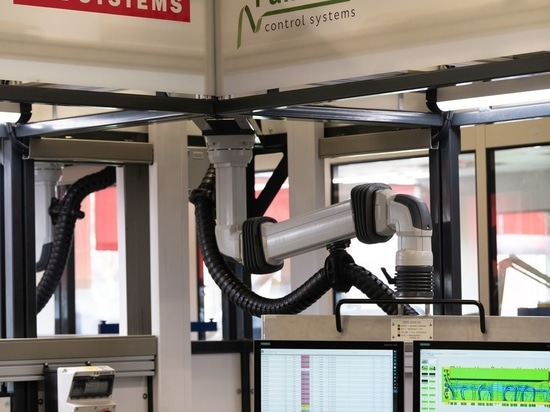 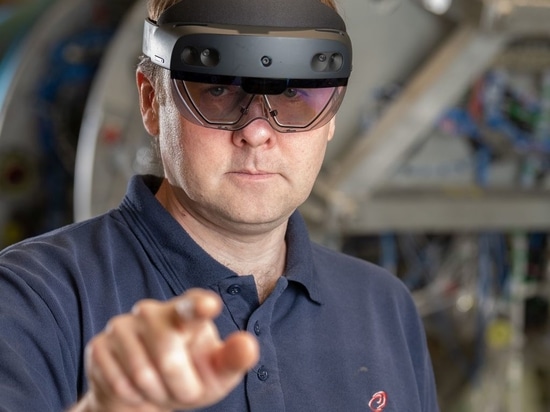