Through the EPFD program, NASA seeks to introduce EAP technologies to U.S. aviation fleets no later than 2035, supporting short-range and regional commercial air travel, as well as single-aisle seat transports.

The awards under the EPFD project announcement are hybrid firm fixed-price/cost-share. The total combined value for the awards is $253.4 million and the work will be conducted over the next five years. The companies that received awards and their award values are:

“By taking these concepts to flight, NASA and its partners will accelerate the transition of EAP technologies into commercial products and be a catalyst for economic growth,” said Robert Pearce, associate administrator for the Aeronautics Research Mission Directorate at NASA Headquarters in Washington. “We expect to realize significant improvements in the economic and environmental performance of subsonic transports through incorporation of these novel alternative propulsion and energy technologies into the fleet.”

Over five years, the selected companies will conduct ground and flight test demonstrations of their EAP technologies applicable to commercial aircraft transports. They will collaborate with other NASA projects on EAP development, flight test instrumentation, and data analysis. And they will stimulate spiral developments of megawatt-class EAP systems and technology.

The EPFD project is a part of NASA’s Integrated Aviation Systems Program (IASP) which conducts flight-oriented, system-level research and technology development to mature and transition advanced aeronautic technologies into future air vehicles and operational systems. IASP focuses on the execution of highly complex flight tests and related experiments to support all phases of NASA’s aeronautics research.

Learn more about IASP and EPFD at: 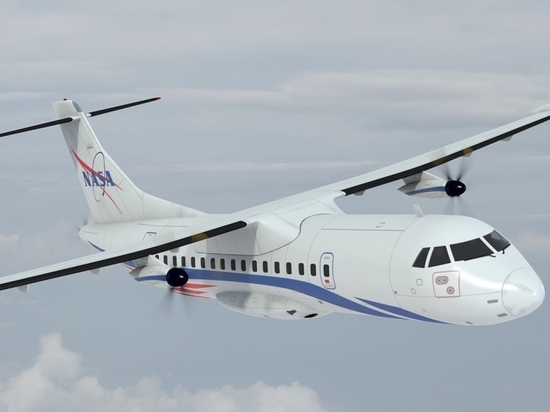 NASA illustration of an advanced subsonic aircraft with an Electrified Aircraft Propulsion system.