DFW is said to have become the first airport in the US to perform such a trial.

Dallas Fort Worth International Airport (DFW) in the US has secured its first delivery of sustainable aviation fuel (SAF), as part of a joint circular economy project in the aviation space.

In partnership with Avfuel Corporation and Neste, DFW is said to have become the first airport in the country to conduct such a trial.

The delivery of SAF at the airport under this pilot project showcased the fuel’s commercial and technical feasibility.

By offering raw materials to produce renewable fuels, the project also demonstrated the potential to close the circularity loop at DFW.

The circularity project intends to set a blueprint of partnership to upcycle and reuse valuable waste materials across the value chain.

Neste, through its subsidiary Mahoney Environmental, will gather used cooking oil from over 200 concessionaires at the airport. It will then transform this waste material into renewable fuels.

Under the project, Avfuel delivered a demonstrative amount of Neste MY Sustainable Aviation Fuel to DFW Corporate Aviation for its business aviation clients.

DFW Corporate Aviation is the full-service fixed-base operator (FBO) of the airport.

The 8,000-gallon demonstrative amount of SAF is projected to minimise CO₂ emissions by 19 metric tonnes.

In its pure form, Neste’s SAF has the capacity to cut down greenhouse gas emissions by up to 80% in comparison to fossil jet fuel.

“We’re able to do this because all parts of the SAF value chain brought together the airport, the fuel supplier and the producer. And, most importantly, all the partners involved are committed to creating a sustainable future for air travel and fighting climate change.”

DFW has set its sights on achieving net-zero operation by 2030 where SAF is expected to play a crucial role.

In June, the UK’s Heathrow Airport (LHR), in partnership with Neste and Vitol Aviation, integrated SAF into its operation. 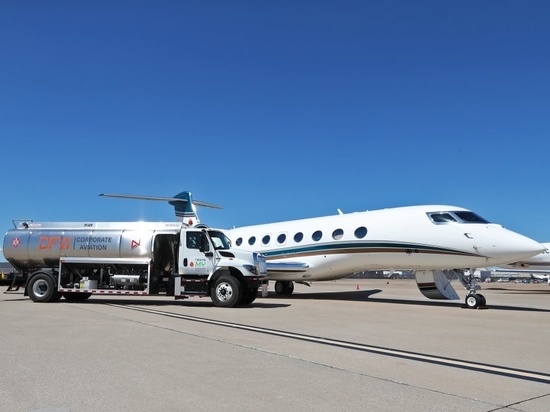 The delivery of SAF at the airport showcased the commercial and technical feasibility of the fuel.