GE Aviation has signed a contract with Boeing to support flight tests of its hybrid-electric propulsion system using a modified Saab 340B aircraft and GE's CT7-9B turboprop engine.

Last October, NASA and GE Aviation announced the launch of a new research partnership to develop a megawatt-class hybrid-electric propulsion system to demonstrate flight readiness for single-aisle aircraft. Plans call for ground and flight tests to start in the mid-2020s. Part of NASA’s Electrified Powertrain Flight Demonstration project, that program involves a $260 million collaboration among NASA, GE Aviation, Boeing, and other partners over five years.

The converted regional airliner will have a powertrain consisting of a combination of an electric motor and a generator that will operate in a parallel hybrid configuration with the CT7 turboprop. "We are looking to be able to charge batteries, as well as moving power to the engine and side-to-side," GE Aviation's hybrid electric systems program leader Christine Andrews explained to AIN.

“We are excited about the opportunity to collaborate with Boeing to advance hybrid electric and electric propulsion systems,” said Mohamed Ali, vice president and general manager of engineering for GE Aviation. “NASA’s Electrified Powertrain Flight Demonstration project is an opportunity for GE Aviation and Boeing, world leaders in aviation technologies, to show hybrid-electric propulsion is real and possible for the future of commercial flight to reduce carbon emissions.”

Aircraft systems engineering and testing work will take place at Aurora’s headquarters in Manassas, Virginia, along with nacelle manufacturing at Aurora’s facilities in Mississippi and West Virginia.

GE Aviation has worked on developing elements of high-power hybrid electric systems for more than a decade; including motors, generators, power converters, and power management systems. The company says the resulting electrification technologies “are highly compatible” with sustainable aviation fuel and hydrogen, as well as advanced engine architectures such as the open fan and new compact engine core designs. 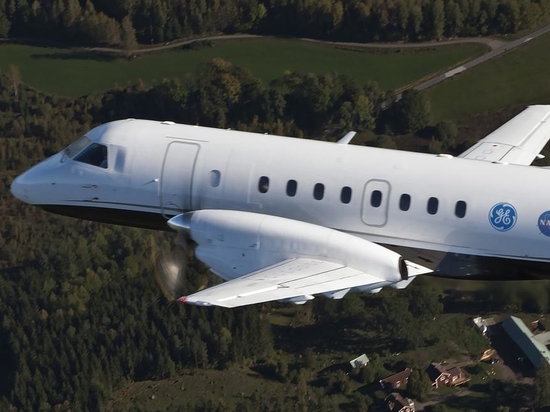 GE Aviation has agreed to support flight testing of its hybrid-electric propulsion system using a modified Saab 340B aircraft and CT7-9B turboprop engines.