This slideshow shows the 10th fly-in that took 11 years to happen was worth the wait.

A strong October wind was scouring the hard-packed playa of a remote Nevada dry lake, whipping up the dust as the temperature dropped to multiplelayers territory. If this seems like one of the last places on earth any sane person would want to be, you’re only half right.

As you probably know, the annual High Sierra Fly-In got its start as a small gathering (small as in five guys) of like-minded backcountry flyers getting together to meet at Dead Cow Dry Lake, hang out around the campfire and, during the day, go flying to cool backcountry destinations within easy reach of Dead Cow.

High Sierra is no longer that cozy gathering. Though, in a way, it is. It’s just scattered widely about the lakebed and multiplied by nearly a thousand.

Though few people talk about it this way, High Sierra is just like Oshkosh, just scaled down. A lot. And at the same time, it’s nothing like Oshkosh. In fact, in many ways, it’s the opposite of EAA’s big summer shindig. Not that EAA and High Sierra are mutually exclusive. A lot of folks who show up at Dead Cow make an appearance at Wittman Regional, too, and the homegrown STOL/Drag race that was born through HSF is now a popular fixture at AirVenture.

But whereas EAA is a year-round organization with a large permanent staff and headquarters and programs and advocacy, High Sierra is none of that. I think that’s a big part of its greatness. It isn’t about fitting yourself in, as you need to do with an event that each year attracts hundreds of thousands to its airshows and rock concerts. And more.

That formerly small gathering of friends has turned into a big event. This year, there were an estimated 1,000 aircraft (mostly fixed-wing backcountry taildraggers) and 3,000 people in attendance. There are services, though they all go away at the conclusion of the fly-in. But while it’s happening, you can get coffee, fuel and firewood and even a burrito.

The other thing about the event is that it centers around three main activities: the STOL/Drag contest, just flying around with friends and family, and just hanging out. In that way, the High Sierra Fly-In is special. It’s grown bigger, yes, but it hasn’t grown past its roots. In fact, one might argue that if it did, it would simply no longer be that fly-in of like-minded aviators who gather in celebration of being off the grid for a few days—a few dusty, chilly and glorious days.

It was a great turnout for an amazing event. See you next year! Photo by Jim Raeder

Chilly, windy and dusty, the 2021 edition of the High Sierra Fly-In was perfect. This pretty Cessna 180 makes a low pass of the playa. 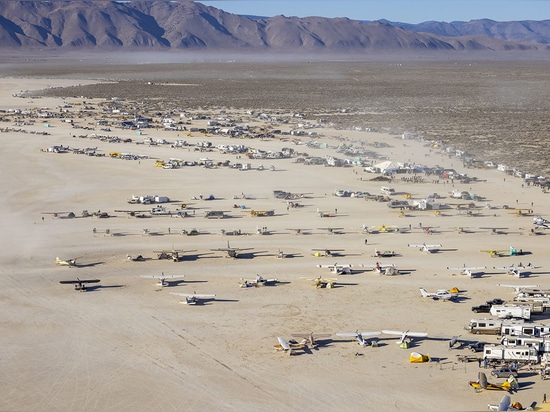 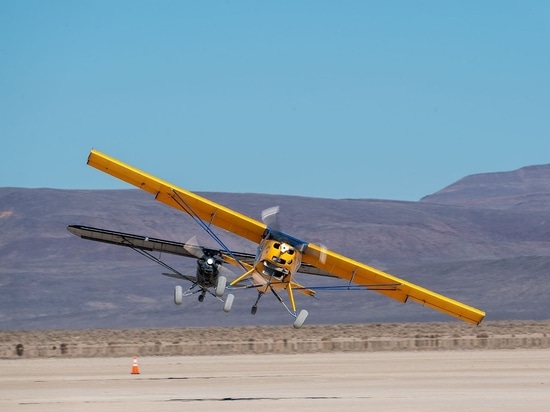 Competition at the STOL-Drag contest was fierce, with the winners decided by mere seconds. Here, Gold Class runner-up Steve Henry leads as both planes slip hard. 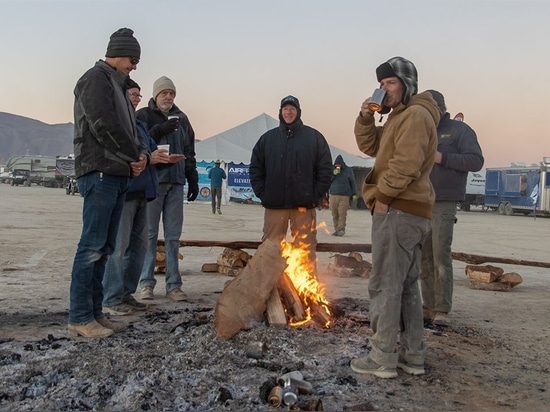 Popular pastimes at HSF include coffee and fire. 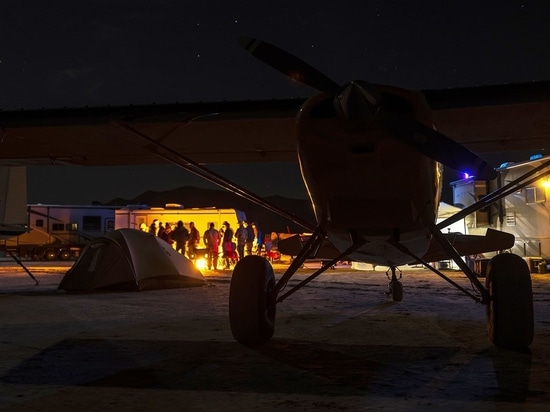 A group of HSF pilots swap tales around the fire after a busy day of flying. 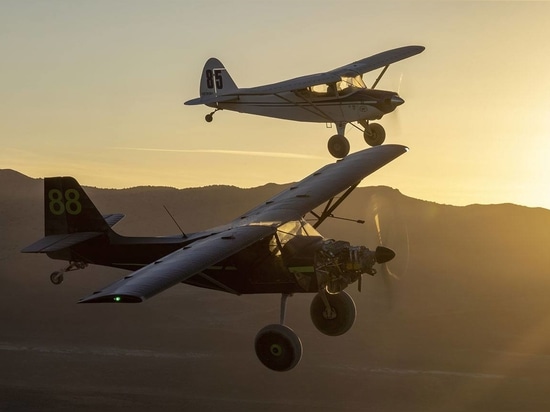 Natalie Esser in her Kitfox in formation with Cathy Page in her Piper PA-16 Clipper.